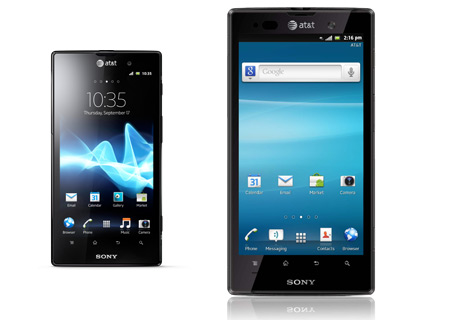 The 4G LTE network seems to be witnessing a lot of takers, with the Sony Xperia ion now hitting that particular network band. Looking similar to the recently unveiled Xperia S, this device sports dual HD cameras as well.

Flaunting a 4.6-inch HD Reality Display with Mobile Bravia engine that portrays a resolution of 1280 x 720 pixels, the smartphone comes with PlayStation certification and access to a variety of games through the PlayStation Store. Hidden below the touchscreen are a 1.5GHz dual core processor and an internal flash storage capacity of 16GB.

“With Xperia ion, we’re bringing together several firsts that will take users beyond the smartphone. Designed to deliver a seamless experience across the multiple screens we use to play, watch, listen, and share, Xperia ion is the gateway to entertainment when and – most importantly – where you want it,” expressed Paul Hamnett, President, Sony Ericsson North America.

Entertainment-wise, users will have access to services such as Music Unlimited and Video Unlimited from the Sony Entertainment Network that hoards over 12 million audio tracks and Hollywood movies as well as TV shows. With the dual HD cameras and the Sony Exmor R lens, videos can be recorded in 1080p through the 12MP rear facing one and in 720p from the front facing snapper. Additionally, the company claims that its Fast Capture technology will allow users to go from standby mode to taking their first shot in just 1.5 seconds. HD content is also shareable over Wi-Fi with the DLNA certification or HDMI connectivity.

The Sony Xperia ion price details are still under wraps, but the company plans on making it available in the U.S. during the second quarter of 2012 and exclusively from AT&T.