Sony Xperia i1 Honami poses for the camera with current flagship

We all know that the Sony Xperia i1 Honami is to be the successor to the current Z flagship, but how different will the two phones be from each other. Well, someone has managed to get the two Sony phones under the same roof for a quick photo shoot and the surprising bit here is that they’re pretty much identical in design, albeit a few modifications in the overall appearance make it easy to differentiate the newer handset from the older.

The latest images of the Sony Xperia i1 Honami have surfaced via Gadget Helpline. The website notes that the smartphone is pretty similar to the Z in appearance, albeit it’s slightly on the longer side. Various details have been provided with regards to the camera’s features which include Social Live that will apparently allow users to broadcast video to Facebook in real-time. Here’s a quick refresher on the known specifications of the Sony Xperia i1 Honami. The device will carry a 20MP G-lens, 2GB of RAM, a Snapdragon 800 SOC, a 5-inch FHD Triluminos display with X-Reality for Mobile and a 3000mAh battery amongst others. 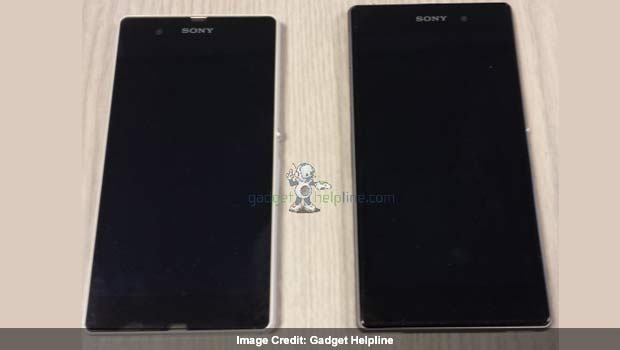 Like most flagships out there, the Sony Xperia i1 Honami will also have a mini counterpart. The compact smartphone is expected to arrive with top-tier specifications owing to which, it’s likely to dominate the mid-range segment. What we know so far based on a previous report is that the device could house a Snapdragon 800 processor, a 720p HD display which measures between 4 or 4.3 inches wide and a high performance camera.

September 4, 2013, is the said date when the Xperia i1 Honami be unveiled to the public. Until then, price and release date details are out of the question, that’s if no one decides to leak out the information beforehand.