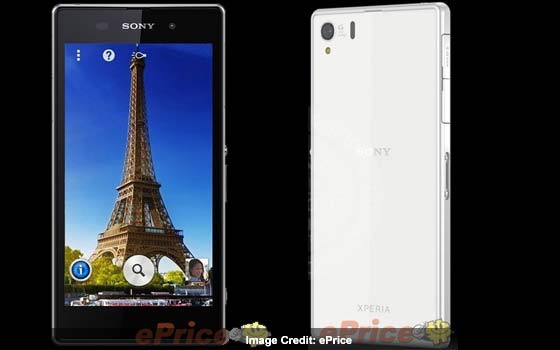 The Togari was just the start as the Sony Xperia i1 Honami is seemingly the main cause which the Japanese conglomerate plans on serving up in September. Like most other upcoming devices, this Sony flagship is no well-kept secret either, as we’ve already gotten a glimpse of the design as well as the OS and now, a good deal of specifications.

Back in July, a system dump of the Sony Xperia i1 Honami managed to reach the internet and a host of applications were ported over to existing devices from the company. The firmware also leaked out various features and specifications of the smartphone. The latest rumor suggests that the smartphone will house a 2.2GHz quad core Qualcomm Snapdragon 800 AP, 2GB of RAM and 16GB of flash memory with microSD support. The upcoming flagship will sport a 5-inch FHD touchscreen as well, but a Triluminos panel instead of the Reality display, and X-Reality for Mobile technology in place of Bravia Engine 2. 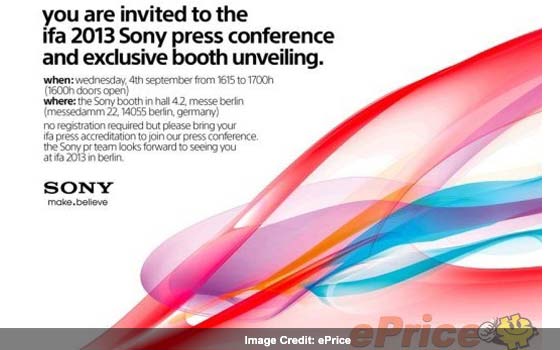 One of the main highlights here is a 20MP Exmor RS sensor which is accompanied by a Sony G lens and a Bionz image processor. A report on ePrice also notes that the device will feature a physical shutter button and a large 3000mAh battery. Deign–wise, the Sony Xperia i1 Honami will look a lot like the Z handset (read our review), but like the ZU, it will have metal contacts for charging and be complaint with IPX5/IPX7 waterproof standards.

In recent news, a report surfaced claiming the possibility of a Sony Xperia i1 Honami mini smartphone. Compact versions of flagships are a new trend as they come with the same design as the original and even pack identical features, albeit charges to hardware are carried out. The mini smartphone being spoken of will actually pack high-end hardware with an aim to dominate the mid-range segment, carrying a 4.5-inch display, a Snapdragon 800 processor and a high performance camera. 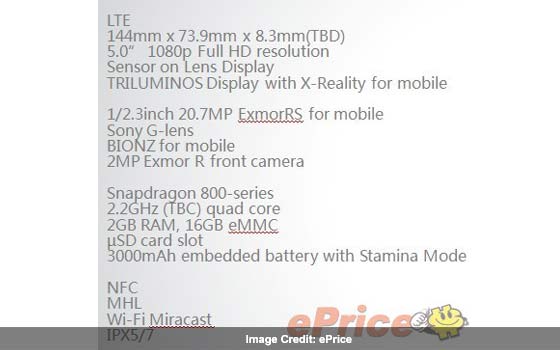 The Xperia i1 Honami will be released on September 4, 2013, which is just 2 days before the IFA exhibition in Berlin. We’ll have to wait until then for the price and release date information.