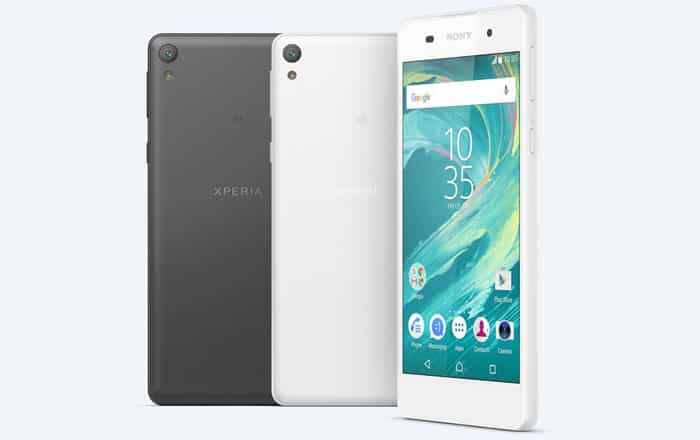 We have just been greeted by the launch of the new Sony Xperia E5 which has been in the rumor mills for a pretty long time. This entry-level device has been revealed to run the Android 6.0 Marshmallow OS out of the box, and grabs a decent set for specifications for its low price tag of €199, which translates to around $222 or Rs 15000.

Its design doesn’t look much different from the Xperia X flagship smartphones that are out there right now. However, what’s inside the Xperia E5 indeed has a huge contrast with its high-end cousins.

This Sony smartphone has adopted a 5-inch 720p HD monitor which sits on its front surface. Its operations are powered by a 1.3GHz quad core Mediatek MTK6735 processor which is being accompanied by 1.5GB worth of RAM.

A neat look at the specs of the new Sony Xperia E5:

The Xperia E5 features just 16GB of storage, but it makes up for that by offering support for up to 200GB of microSD space. A 2700mAh power pack has been granted to it, and Sony’s perpetual promise of 2-day battery backup applies to this phone as well.

This dual SIM 4G handset kicks in a 13MP rear camera and a 5MP front shooter, with both of them offering flash modules. White and black are the only colors it will be available in, with the lime green shade having been given a miss.

For the time being, the Sony Xperia E5 has only been launched in Europe, but it will indeed be seen hitting other markets soon.