The Sony Xperia E3 and E3 Dual, the second of which is nothing but a dual SIM model of the former have been unveiled for India, and they will be hitting retail channels in the country on Monday. The two smartphones have indeed been priced competitively, considering they cost Rs 11999 and Rs 12999, respectively.

September’s IFA is where the Xperia E3 made its official debut, and India seems to be one of the first nations it’s being brought into. That’s no surprise since entry-level devices such as this one prove to be utterly successful in the varied market of the country. 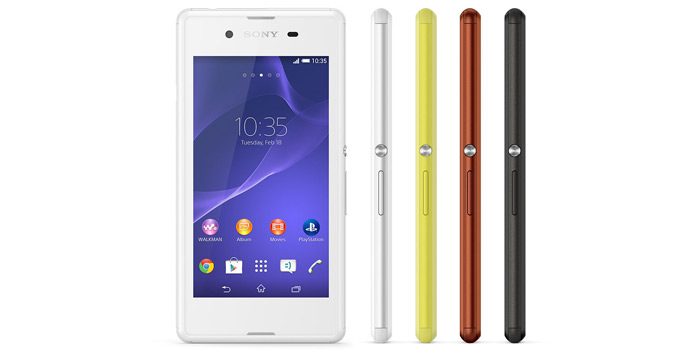 The slim and lightweight Sony handset grabs a strong build quality and carries on its body a 4.5-inch 854 x 480 pixel display. It runs the Android 4.4 KitKat OS, and works on a 1.2 GHz quad core Qualcomm Snapdragon 400 processor that’s paired with 1GB of RAM.

Also See: Sony Xperia Z3 is official now along with its Compact version

The 2330mAh power pack that has been granted to the Xperia E3 boasts of providing the handset with 12 hours and 20 minutes of talktime. While a 5MP camera has been fitted onto its rear surface, a VGA front-facing snapper has also made its way onto the device.

Here’s a detailed look at the specs of the Sony Xperia E3 handset:

Like we said, the Sony Xperia E3 and E3 Dual smartphones will be made available for purchase on Monday at Rs 11999 and Rs 12999, respectively.