Yet another entry-level Sony smartphone has popped up and the latest addition is being called the Xperia E1 II which would make it the successor to last year’s E1 handset. The phone was recently listed at an online retailer and its specs have been divulged.

It’s surprising that the company didn’t go for the E2 branding on the Sony Xperia E1 II and that’s mainly since there’s already an Xperia E3 in the market and we’ve seen concrete information on the Xperia E4 as well. So why would the company be working on two devices of the same series for launch at the same time? Well, the simplest explanation would be that the handset in question and the last device mention are one and the same. 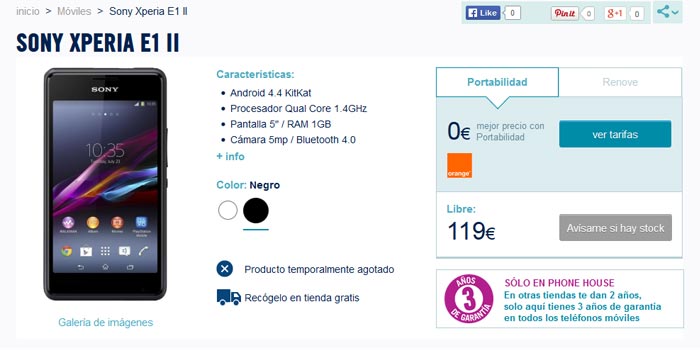 The known specs of both devices are pretty much identical and just to point out, GSMArena is reporting that the Xperia E1 II will have a 4-inch display, but the listing on PhoneHouse clearly states that it’ll be a 5-inch panel just like on the Xperia E4 (pictured below). The screen will also offer the same qHD 960 x 540 pixel resolution.

Other common features include Android 4.4 KitKat, 1GB RAM, 8GB storage and a microSD card slot amongst others. However, the E4 is said to be powered by a 1.3GHz quad core processor, while the E1 II has a 1.4GHz quad core chipset. Well, like the latter’s very skeptical name, the SOC information could also be an error. What’s more, the retailer notes that the handset will be price at €119. 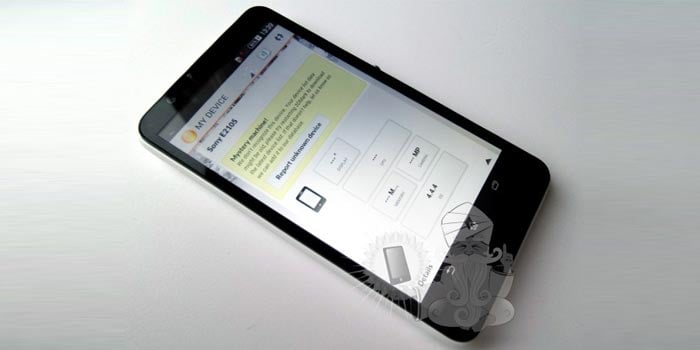 Whether the Sony Xperia E1 II and Xperia E4 are the same device is a question only time will answer. The MWC 2015 is less than a month away and we expect to see a lot more from the OEM including a fresh flagship lineup.