Sony Xperia E in the UK priced at £130, device on sale via Clove 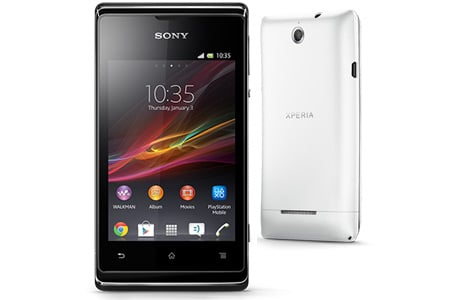 A price for Xperia E in the UK has been revealed and the Sony gadget is now on sale via retailer Clove. Black units are available for purchase at £130, while units of the white version are due early next month. We last saw the device towards the end of February and it was headed to the US in a dual SIM package.

It is a mid-range handset with features of a median level. Speaking of which, it packs the power of a Qualcomm Snapdragon S1 processor under the hood – the MSM7227A chip to be exact – capable of running at 1GHz. RAM amounts to just 512MB and internal memory is capped at 4GB, although there is microSD support, capable of accepting cards of up to 32GB. 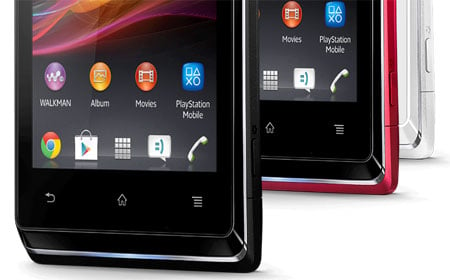 A scratch-resistant TFT screen spanning 3.5 inches with a resolution of 320 x 480 pixels is found on the device. Sadly a front-facing webcam hasn’t been thrown in. For photography needs there is a 3.2MP camera on the back, and its accolades include auto focus. Another one of the phone’s high points is that it will run on Android Jelly Bean (version 4.1).

There is an accelerometer for gaming and use with other kinds of apps, as well as a proximity sensor, and it is DLNA certified too. A 1,530mAh battery, the company claims, can deliver a little over 6 hours of talk time or up to 530 hours on standby. The phone measures 113.5 x 61.8 x 11.0 millimeters in dimensions and weighs about 116 grams. 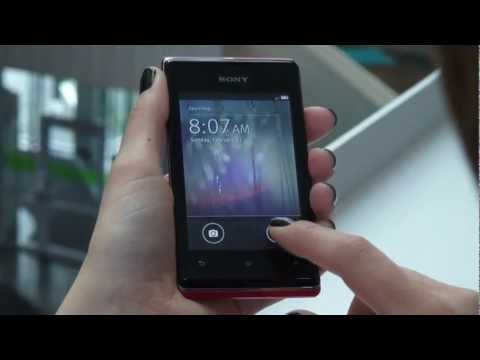 As with the Q10 we just saw, the Sony handset is also available from a few other retailers. Carphone Warehouse is not one of them tough, and offers to inform customers of its availability. Expansys has the black version listed for just about £135 with free shipping, while the ‘red’ and white color variants can be pre-ordered. Unlocked-Mobiles also has the gadget listed for close to £135, but levies a £5.99 delivery charge taking the total to about £141, although the retailer has it in white, black and pink. 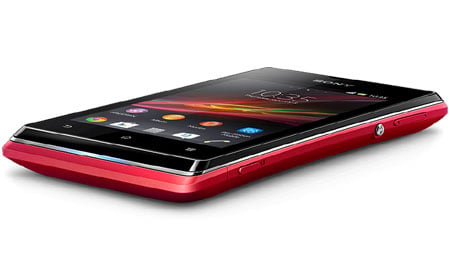 The Sony Xperia E is not something that will get enthusiasts to hold their breath, but considering that the company recently released an experimental version of Firefox OS for the phone, it may be appealing to developers. The ‘cost effective handset is now available for immediate dispatch,’ a post on the official Clove blog says. But there is no word on whether the pink version is headed to the region via the retailer in question.