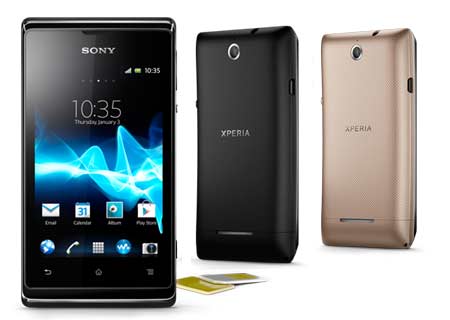 The Sony Xperia E dual release date has finally surface for the US and based on the details divulged by the company’s online store, the handset is scheduled to ship starting March 1, 2013, for a $199.99 price tag. For the said pocket-friendly sum, buyers will be presented with a host of entertainment features and the Ice Cream Sandwich platform which is scheduled to receive an update to Jelly Bean soon.

As the name suggests, the device packs in 2 SIM slots allowing customers to thrown in cards from their preferred carriers for work and personal use. And switching between networks is said to be an intuitive task as it only requires a simply touch. Additionally, owners will be able to set specific timeframes for when each SIM stays active during the day. 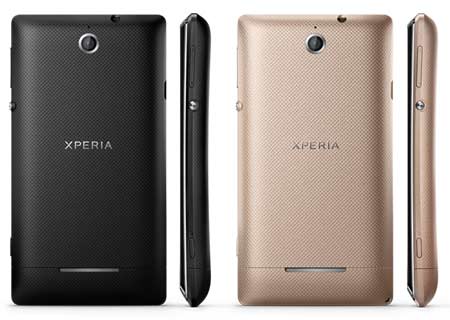 The device measures 4.33 x 2.43 x 0.43 inches in dimensions and it weighs 115.7 grams. The front dons a 3.5 inch TFT LCD display with capacitive touch input, while the flip side is geared up a 3.2MP camera that has autofocus and VGA video recording. A 1GHz Qualcomm Snapdragon MSM7227A processor takes charge of carrying the load, while 512MB of RAM assists it in multitasking. Users will also find a host of attributes specific to Xperia branded phones such as the xLoud audio filter technology with 3D surround sound, the Walkman application and the Music Unlimited service.

Other features presented with the smartphone comprise of DLNA certification for wirelessly streaming content, HD voice, noise suppression, Timescape and Xperia with Facebook. When fully juiced up, the included battery is capable of delivering up to 6 hours and 12 minutes of talktime or around 530 hours of standby. The music playback time estimated on a single charge sums up to 33 hours, while videos can be watched for approximately 8 hours at a stretch.

A post on Unwired View points out that the Sony Xperia E dual will be released unlocked in color options of black and the champagne. 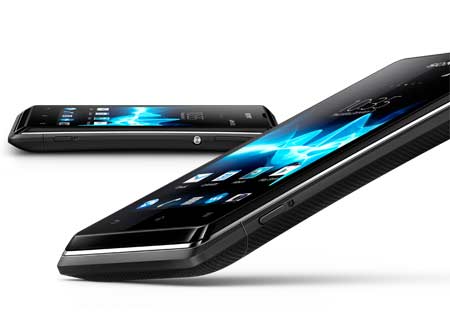