Sony has introduced its first 5-inch smartphone in India that isn’t part of the flagship Z series. Dubbed the Xperia C, the handset is being touted as a mid-range offering with various entertainment features in a very familiar form factor.

According to Sony, the smartphone has been crafted by leveraging the OmniBalance design approach. It features a skeleton frame and a curved rear panel which delivers better comfort. The Xperia C weighs 153 grams and it measures 141.5mm x 74.15mm x 8.88mm in dimensions. Being entertainment focused, the company has fitted a 5-inch qHD (960 x 540p) touchscreen on the front, albeit there’s no sign of mobile Bravia engine. 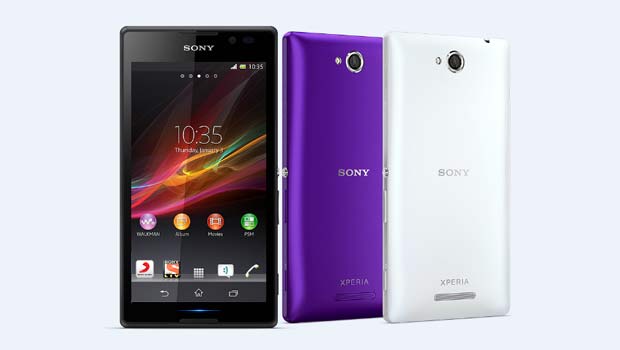 Additionally, a notification light is present on the lower body which illuminates in different colors to alert on incoming calls, texts messages and alarms amongst others. Buyers will also get the usual media applications such as Walkman, Album and Movies. The handset is dual SIM enabled and it’s also the first from Sony to feature a quad core MediaTek processor clocked at 1.2GHz.

Other highlights of the phone include an 8MP Exmor R rear camera that can capture HDR images and record 1080p videos. The Xperia C has 1GB of RAM, 4GB of flash storage, a microSD card slot, Bluetooth 4.0, screen mirroring, Wi-Fi and Stamina mode.

The Sony Xperia C is officially tagged at Rs 21,590. However, online retailers such as Flipkart and Snapdeal are selling it for Rs 18,300 and Rs 18,799, respectively. The company is offering the phone with 6 months of accidental damage cover and 2 months of free 1GB data on Airtel.