A new Sony smartphone has been leaked under the Xperia A2 moniker and based on the information at hand, the smartphone could an upgrade to the Xperia Z1 Compact which is known as the Z1f in Japan. The device has been spotted with high-end specifications and it’s likely to be exclusive to NTT DoCoMo in Japan.

The Sony Xperia A2 doesn’t look to be much different from the Z1 Compact, notes Xperia Blog. The device was spotted by smhn.info in leaked brochures which have been put online by Atrpg (both websites are in Japanese). The documents suggest that the smartphone is likely to be a minor upgrade over the Z1 Compact as the specs are quite similar. In fact, there aren’t any noticeable changes. 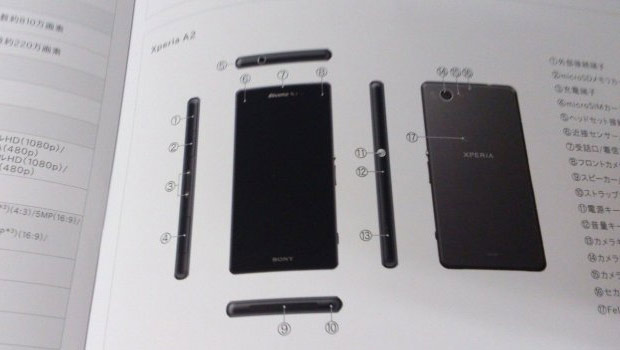 The device is said to have a 4.3-inch HD display and be powered by a 2.2GHz Snapdragon 800 processor. Where memory is concerned, the phone will have 16GB internal storage and 2GB of RAM. You can also expect to find a 20.7MP rear camera on board. Like the Z1f, the Sony Xperia A2 will come in multiple color options. The choices will include black, white, lavender and orange. Seeing as there are flaps covering important ports, the smartphone will also have a water- and dust-resistant form factor. 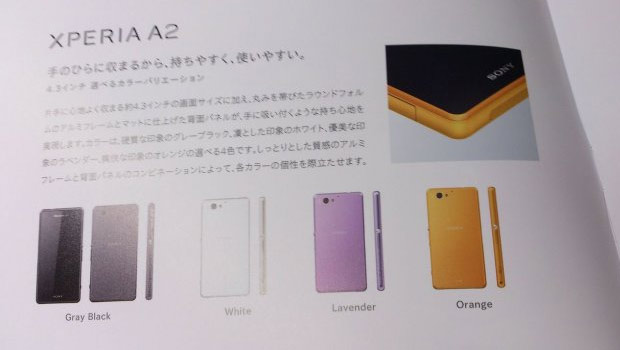 One thing’s for certain is that the Sony Xperia A2 isn’t a true successor to the Z1 Compact (Z1f) and we’re pretty sure it isn’t going to be the Z2 Compact either. In fact, it’s a bit too early for the company to design a new mini flagship considering that the current device made its debut just a few months back. We’re putting our money on this being a small upgrade.