Sony wants to unveil its slimmest PlayStation device in the UK

PlayStation fans in the UK are soon to witness the launch of an all-new device, which according to Sony, is the slimmest one till date. Invites for the event have started going around, but what new gadget the company plans to unveil at the end of this month is a question everyone’s asking.

First and foremost, a slimmer version of the PS4 is out of the question considering that the console launched only a couple of months back and we’re not expecting a refreshed PS3 either. What could make its debut in the UK is the slimmer version of the PS Vita handheld or the mini TV console which were announced in Japan back in September of 2013. 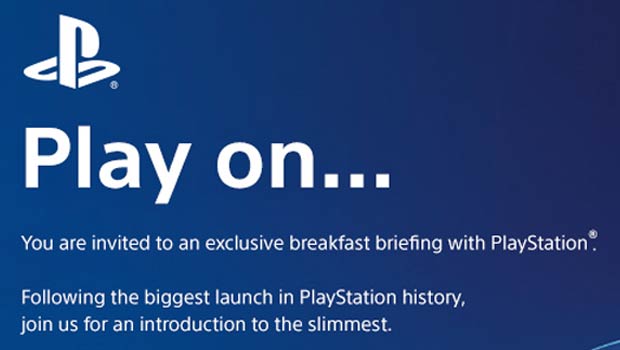 The PS Vita PCH-2000 is a slimmer version of the original and it features slight modifications. Firstly, the weight has been reduced to 219 grams and the thickness now stands at 15mm. The company has replaced the OLED panel with an LCD one and the battery life has been increased to around 6 hours with the 2210mAh power pack. The company has also thrown in 1GB of internal memory.

The PS Vita TV is basically the handheld, but in a mini console form factor which can be connected to an HDTV via HDMI. It features the same specifications as the portable counterpart and it supports Remote Play on the PlayStation 4 console.

If you’re excited to know what new hardware Sony plans to launch in the UK, Engadget notes that the PlayStation event is scheduled for January 30. Make sure to make the date.