Sony will be launching a new Xperia phone on August 3

Sony has gotten into a teasing mood, even as it has published a tweet that’s hinting at the announcement of a new smartphone on August 3. Officially, nothing has been revealed regarding what the device in question is, but we’re pretty sure it will be the Xperia C5 Ultra that has been leaking like crazy of late.

The tweet that the Japanese company has posted shows the image of a water droplet to suggest that the mystery device’s camera will have extremely quick focusing abilities. It also writes the line, ‘a new way to capture split-second photos is coming’ to elaborate more on the imaging prowess of this Xperia smartphone.

As Android Authority is pointing out, the allusion could well be directed towards Sony’s Exmor RS IMX230 sensor that was launched in November last year. This 21MP unit kicks in 192-point phase detection autofocus (PDAF) support which allows it to track objects with high accuracy for focusing that is quick and spot on. 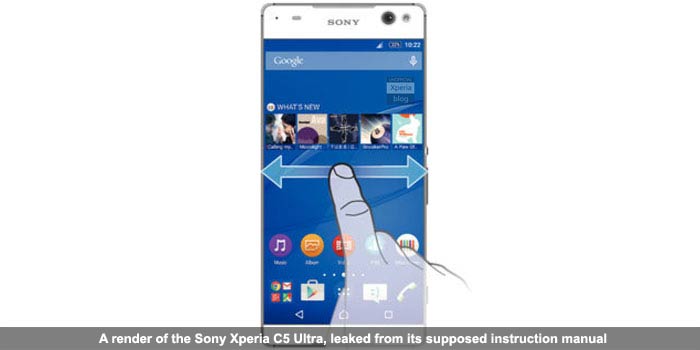 This sensor has already found its way into devices like the Huawei Honor 7 and the Moto X Style and Play handsets. However, past leaks have mentioned that a 13MP camera will be making its way onto the rear surface of the Xperia C5 Ultra, which makes things a bit complicated.

Anyway, other leaked specifications of this device include a 5.5-inch 1080p full HD display which has super slim bezels. A 64-bit octa core MediaTek MT6752 CPU will be fueling its operations, while a 5MP selfie camera with a front-facing flash will also form one of its highlights.

Stay tuned until August 3 to know more about the Sony Xperia smartphone that is to be unveiled on the said date.