The Sony Walkman F886 has been introduced at the IFA 2013 for all those who wish to take high resolution music along while on the move. It has been loaded with some proprietary Sony audio technologies and the gadget claims to have sound quality that’s even better than a CD. And as the media player runs on the Android Jelly Bean 4.1 platform, potential buyers can visit the Google Play store to download applications to further enhance their music listening experience.

The gadget deployed with S-Master HX digital amplifier, DSEE and Clear Audio+, works towards rendering realistic audio without distortion. It is graced by a 4-inch 854 x 480p Triluminos LCD touchscreen and three buttons have been embedded on the chassis for making it easier for users to control their playlists. Apart from Bluetooth, the device has NFC for connectivity purposes so it can be paired up with a horde of compatible machines like Home Cinema systems, speakers, headphones and more. This player works perfectly well with both Windows and Mac OS X computers. 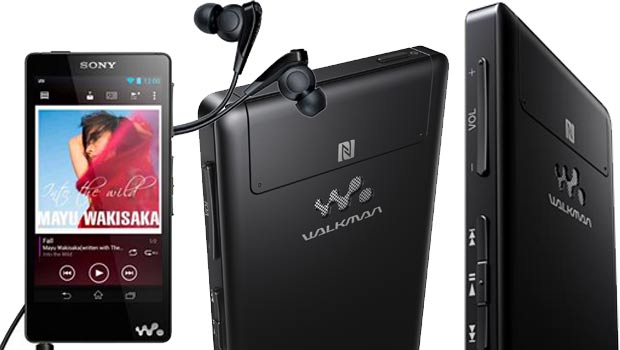 Its total internal memory amounts to 32GB and the company says it can handle various file formats including FLAC, AIFF, WAV and Apple lossless. The Wi-Fi-enabled Walkman F886 boasts of digital noise cancelling to block out about 98 percent of ambient noise and lets you choose between modes like train/bus, plane and indoor. It can cough up the juice for usage time of about 35 hours for MP3 music and close to 26 hours when Hi-Res audio (96kHz/24bit) is being played.