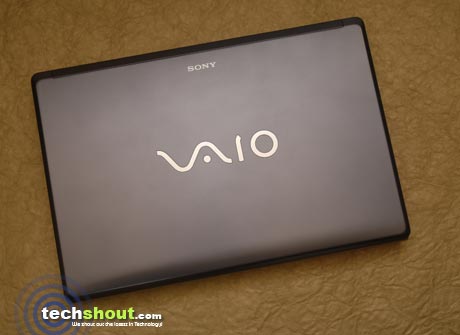 Sony certainly made a memorable entry into the smart and stylish netbook terrain with the Vaio P series netbook as a forerunner. Bringing more practical sense into the mini notebook form factor soon after the company released its first Vaio W netbook namely the VPCW115XG. Boasting of looks that grab attention almost as soon as you set your eyes on it, we’ve had this Sony Vaio netbook sitting rather silently on our desks waiting to be reviewed. Well, not wanting to invite the wrath of this little one we’ve thought it best to have it thoroughly investigated. So what if it has the Windows XP OS incorporated into it? There’s obviously much more to a laptop than the operating system it’s been running on. And that’s just what this Vaio series sibling tempted us to touch in this all-inclusive review.

The Sony Vaio VPCW115XG adopts a rather cutesy form factor and came bundled with a soft carrying case and a power adapter besides of course the user manual and a 1 year warranty. Not wanting to be mistaken for a simplistic computing device, it’s been fitted with a mouthful of ports. The DC In port for one is on its extreme end along the right edge with some exhaust vents for company. This same side is outlined with a VGA port, a mic in and a headphone out port. There’s a dedicated wireless on/off lock switch along the front rim. It is accompanied by separate MagicGate and SD card slots. On the front here to the right is the Power on/off switch. Two USB ports have been fitted neatly on the right side of the netbook which also holds the Ethernet LAN port. The unit we reviewed was coffee brown in color with a neat matte finishing. Yes, besides keeping the surface smudge free and far from fingerprints, the netbook carries an air of sophistication. If you must, you can also pick this one up in pink and white colors.

What we loved about this netbook is that the color stays put along the bezel of the widescreen and the trackpad area too. On the inside, the region surrounding the keyboard and the trackpad has a smooth grained pattern. The words Sony are written right below the screen while the upper rim of the screen area features the Motion Eye webcam. When you turn the netbook over, you’ll find a rather uncluttered exterior with just a slight hump on the battery compartment. Dive inside on the front and there’s an island-styled keyboard with keys that have a decent feedback. We found ourselves complaining about the distribution of the keys however more often that we would have like too. Those with large fingers in particular will see themselves struggling to hit the right keys with the cramped up keys. The implanted keys have a tad bit too smooth finishing making it plain annoying after a point to prevent your fingers from slipping off the intended key. Besides, the placement of the shift key is also very inconvenient. We loved the trackpad though as it’s just as flowing as liked, adding to the comfort factor too. There’s something more than likeable about the cushiony motif that’s been inscribed on the navigational area of the trackpad. The right and left mouse click buttons appear separately right below the trackpad area which are pretty tactile. 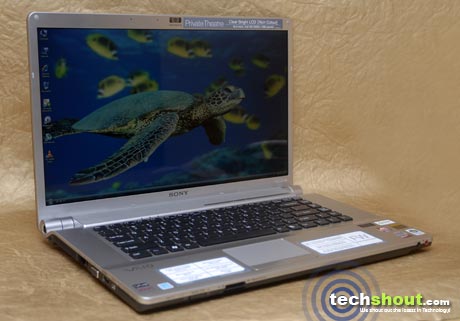 The 10.1” screen quite created a benchmark at launch with the first 1366 x 768 resolution in a mini notebook. While rendering text and images much sharper, the LED backlit screen is very bright. On a more practical note, we found the screen just a wee bit too tiny for computing purposes especially when working with text. But then again, if you can do it on a 3-4” smartphone why not a 10-incher of this caliber? May be it was because the screen sincerely lacked luster with text and emails and didn’t really do anything to keep us excited. Performance wise, it’s a decent netbook taking care of virtually all your on-the-move computing needs albeit in a rather diminutive package. We were quite taken aback with the audio quality delivered by this netbook. The sound emitted from the stereo speaker running all along the base is loud, clear and rather detailed. Whether it’s watching a movie or simply listening to your favorite tunes, there’s much that this netbook has on offer.

Serving up functions that it’s been designed to in a very impressive manner, the Vaio VPCW115XG is good with Microsoft Office and the Internet as well. We could seamlessly connect to the Web both wirelessly and through a wired LAN connection. Web-pages loaded faster and their rendition was crisp. As for the Motion Eye Webcam, it’s not the best among the breed yet should be able to satiate odd video conversations over Skype and others. The VGA camera reveals a maximum resolution of 640 x 480. If there’s one thing that had us distinctly disappointed about this netbook is its below average battery life. The device coughed up a mere 2 hours and 30 minutes after we had it operate with a movie in the background (volume off) and Wi-Fi on. The netbook packs in an Optimize Battery Use option too. As far as the technical specifications go, the netbook runs on the Microsoft Windows XP Home Edition Service Pack 3 which isn’t really a bad deal. That’s because there’s the Intel Atom CPU N280 running at 1.66GHz that does more than its bit to keep the PC lag-free most parts. Sadly, the netbook includes less than 1GB of RAM while the HDD has a storage capacity of 160GB. The netbook is a mere 1.19kgs in weight.

It is quite out of the ordinary to have a netbook sporting such a good build quality. The lightweight device is easy on both the eyes and the hands.

While there’s nothing that will have users surprised as such in terms of performance, its smooth sailing all the way.

Sony has gone easy on the USB ports in comparison to other conventional netbooks in this size.

Battery life is a downer while the price too may feel pinching.

Flaunt it like a stylish clutch or put it under some rigorous times by using it ‘oh-so’ frequently! Well, these were just few of the claims that Sony attached with their Vaio series and might we say this Vaio W unit that we had under the scanner delivered. Though netbook enthusiasts will find it slightly heavier when pitted against the Asus’ and Acers’, it definitely has something alluring about it. We only wish Sony had paid more attention to having it carefully priced. A Rs. 29,000 price tag just doesn’t justify a netbook low on battery when there are competitors offering devices with a similar performance at a lower cost. If you do put the ergonomics and build of a device in line with performance, you may add the Sony Vaio VPCW115XG netbook to your wish list. We scream out an 8 out of 10 rating for this netbook.