The Sony Vaio Flip series of convertibles that boasts of Flip 13, 14 and 15 has arrived in India and users interested in laying their hands over any of these devices should note that they will have to cough up at least Rs 94,900 for them. The range features F13N1A, F14N16, F15N12 and F15N17 variants, all of which are highly flexible and can act as laptops as well as tablets.

These Vaio portable PCs were showcased at the CES earlier this month and they boast of making the most of the latest Windows 8.1 OS. Like a lot of other convertibles, the devices in question can be used in the viewing mode with the keyboard acting as a stand, in addition to laptop and tablet modes. 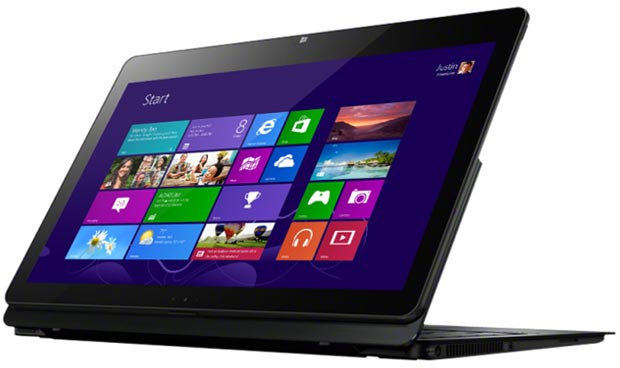 The F15N12 and F15N17 feature a 15.5-inch touchscreen of full HD resolution and Intel Core processors (i5 and i7, respectively), Nvidia GeForce GT735M, an HD webcam and as much as 1TB of onboard memory. 4GB of RAM has been stacked into the former, while the latter brings 8GB of the same. You can expect them to have usage time of as much as 5 hours on a single charge.

Up next is the Vaio Flip F14N16, a 14-inch touchscreen notebook that too makes the most of the latest generation Intel Core processors. A 750GB hard drive has been tossed into the mix along with 8GB of RAM and even a battery that lasts up to 6 hours. And as for the Flip F13N1A, it is a 13.3-inch hybrid cramming a 256GB SSD and 8GB of RAM under the hood along with the Intel Core CPUs and up to 8GB RAM.