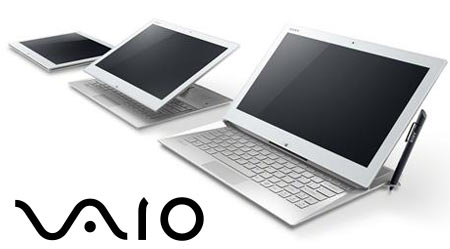 Sony is back with a new device, dubbed the Vaio Duo 13 for the US, which is an immediate successor to the 11.6-inch convertible that had embarked on its journey back in 2012 and the manufacturer has given out the gadget’s release date. Since Sony’s older hybrid couldn’t exactly manage to create an uproar within the corresponding sector, the latest introduction by the company comes across as its attempt to amend the prevalent shortcomings.

For starters, the Sony Vaio Duo 13 has bid farewell to the old optical tracking stick and placed on the Sony Vaio Duo 13 a regular trackpad instead. In spite of being crafted to flaunt a bigger 13.3-inch Triluminos display, the gadget has barely undergone any alterations in terms of its frame. With dimensions of 330mm x 210mm x 19.5mm, it measures slightly more than its predecessor which stretches to a height of 319mm, width of 199mm and depth of 17.5mm. 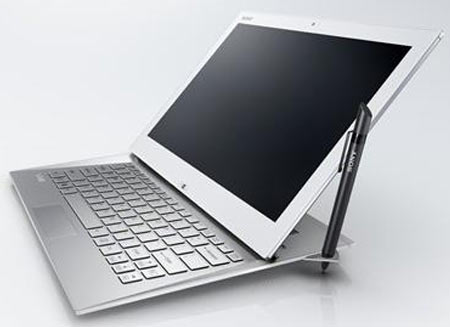 The Windows 8-powered Sony Vaio Duo 13 retains the Surf Slider technique, but finds companionship in the form of a digitizer pen suite, which is clearly absent in its 11.6-inch sibling. Upgrading to an 8MP Exmor RS camera seems like a major leap for the slate-cum-PC, away from the 2MP snapper. It shows off compatibility with up to 8GB of LPDDR3 RAM, an HD Graphics 4400 GPU and fourth generation Intel Core processors with Turbo Boost technology.

Up to 512GB of SSD storage has been set aside by the Sony Vaio Duo 13, so as to fulfill users’ content hoarding requirements. The manufacturer has stressed on the hybrid’s ability to hang on to the Internet even in its sleep mode and bounce back from its stupor in less than a second. It is quite certain that the gadget should provide up to 15 hours of usage time.

The Vaio Duo 13 will be released stateside by June 9 and its price will sum up to $1,399, the company has said.