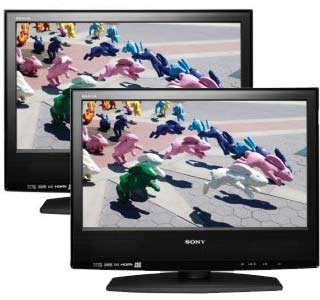 Sony has proudly launched its Bravia S4000 series of HD Televisions which show off their large screens with sizes ranging 26-inch, 32-inch, 37-inch and 40-inch. The televisions present themselves with a promise of providing excellence in quality and a crisp display.

All the four televisions flash in pride with their LCD panels which show their high dynamic contrast ratio of up to 33,000:1 and claims providing a deep, cinema-like blacks plus sparkling highlights. The S4000 series provides pristine, detail-packed images with any HD source, including Blu-ray Disc players, PLAYSTATION3 or Handycam HD camcorders by Sony. The televisions also pack in an integrated DVB-C/DVB-T tuner(1) for viewing standard definition TV broadcasts.

“The gently curved lines of the BRAVIA S4000 offer a fresh new take on styling that enhances any living room”, says George Damigos, General Manager, Marketing, TV Operations Europe, Sony Europe. “Looks aside, the S4000 series is a great value way for everyone to enjoy fabulous HD pictures and sound without compromising on serious features and performance.”

The largest of the lot, the 40-inch Sony Bravia S4000 series HD-TV features an 1080p Full HD panel and is intelligently built around the Bravia Engine 2 which offers a 24p True Cinema mode. The television’s cabinet is designed carefully using a deep piano black finish, with clean, understated lines complemented by gently-rounded curves. The pricing or availability of the televisions haven’t been revealed as yet.