Sony’s IFA 2017 event saw the launch of several new devices ranging from the RX0 digital camera to 3 new Xperia phones. The latter group consists of the XZ1, XZ1 Compact, and XA1 Plus.

The Xperia XZ1 and Xperia XZ1 Compact are Sony’s newest flagships and are set to hit the US in September. The former is priced at $699.99 (approx Rs 45000) and the latter at $599.99 (around Rs 38500). The standout feature for both is a new 3D Creator software which is capable of generating 3D replications of objects and people in under a minute.

3D Creator sounds like a pretty unique innovation and may well help set the Sony offerings apart from the rest of the pack. The company’s released a short promo explaining its various uses such as scanning a face and morphing it with a teddy bear’s body or 3D printing an edible version of it. People could even place their 3D scans onto the real word in the spirit of AR. 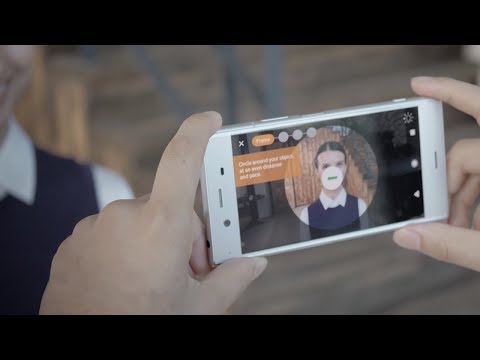 The Xperia XZ1 and Xperia XZ1 Compact have a lot in common in terms of specs. The company’s blessed both with Android 8.0 Oreo and its premium 19MP MotionEye camera which allows for 960fps super slow motion video and predictive capture. Differences include the former’s 5.2-inch HDR 1080p display and the latter’s 4.6-inch 720p one.

As for the Xperia XA1 Plus, Sony is positioning it as an upper-level mid-ranger. The device comes with a 23MP Exmor RS rear camera, ClearAudio+ technology, a 5.5-inch FHD panel, and an all-day 3430mAh battery supported by Qnovo Adaptive Charging and Battery Care tools. The company hasn’t revealed its cost details yet and plans to release it in the autumn.