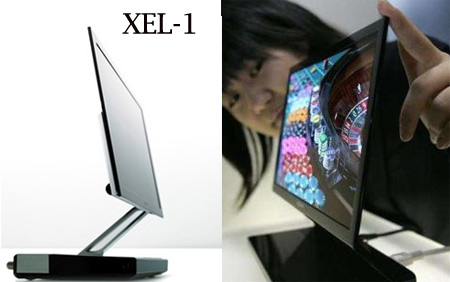 Today, Sony unveiled its first ultra-thin television for the commercial market. This 11-inch display TV carries a model number of XEL-1, and measures just 0.12-inches thick, roughly the thickness of a coin.

Company officials have said that this technology is superior to liquid crystal and plasma displays that are now widely being used in thin TVs since OLED technology uses materials that emit light on their own and don’t require a backlight.

Interestingly, Sony no longer manufactures plasma display TV. According to Sony, production of the XEL-1 ultra-thin TV is set for 2,000 units per month.

The new Sony OLED XEL-1 ultra-thin TV will last around 30,000 hours, which translates into 10 years for someone who uses the TV eight hours a day.