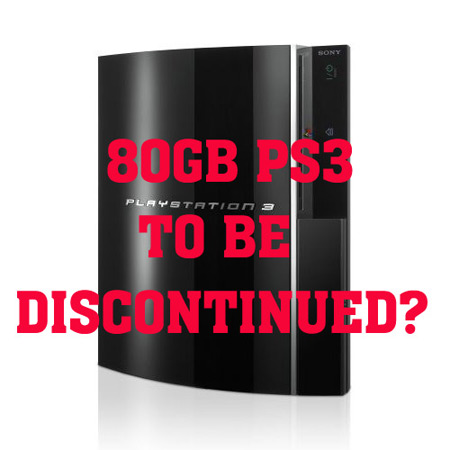 The PS3 80GB model is likely to be discontinued.

An internal memo passing through the Best Buy throws light on the possibility of the withdrawal of PlayStation 3’s 80GB model, priced at $499. PS3Fanboy reported about this news as they received the scan of an internal letter from an anonymous Best Buy employee, which informs the retail stores’ employees that the 80GB system is being discontinued.

“The 80GB version of the PS3 is going closeout and won’t be replaced at this time. It will come off the planogram on Jan. 28. The 60GB version should already be gone from stores. Only the 40GB version of PS3 will be sold in Best Buy stores at this time. This means that there currently isn’t a version that is PS2 compatible.

At this time, Sony hasn’t made any announcements about new products.”

So what remains is the 40GB PS3, which for many would not prove to be a suitable enough model since it lacks quite a few key features, including the complete absence of PS2 backwards compatibility.

Just a few days ago, filings at the Federal Communications Commission indicated towards the possibility of a launch 40GB Ceramic White PlayStation 3 for the North American market.