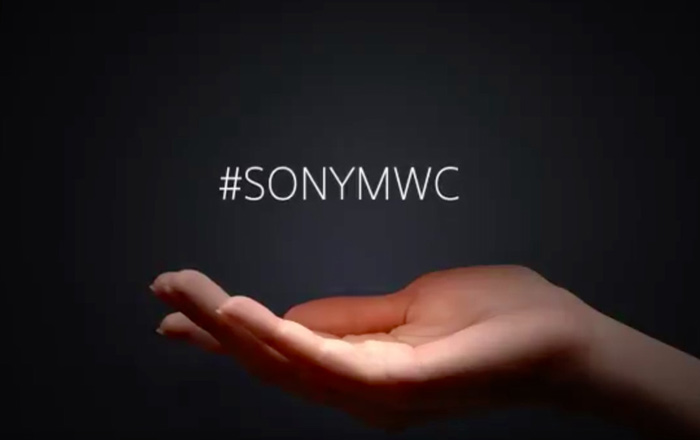 Sony has begun teasing a launch event at the MWC 2018 on February 26, posting a mysterious teaser for a new phone. The 23-second video doesn’t give much away, but it does raise some interesting possibilities about what the company is planning.

The video starts with a cupped hand rising up to the center of the frame while a series of straight lines change their shape to a curve to meet it. The most obvious assumption is that Sony is getting ready to unveil a flexible smartphone. There haven’t been any rumors about it doing so though, so the theory is a bit of a stretch.

A more realistic explanation is that Sony is going to employ curved glass on the front and back, similar to the iPhone X or Samsung Galaxy S8. That wouldn’t explain the rippling effect though. A few others suggest that the teaser might be hinting at some kind of sound technology or software feature, such as haptic feedback in place of physical buttons.

Whatever the case, Sony is probably going to launch its flagship phone for the year at the event. Speculation so far has suggested that it’ll be called the Xperia XZ2. There’s talk of a Xperia XZ2 Compact as well.

The Xperia XZ2 is said to be equipped with a 5.7-inch OLED 18:9 display, an 18MP main camera, a 13MP selfie snapper, a Snapdragon 845 processor, 128GB of ROM, and 6GB of RAM. It may come ready with IP68 certification against dust and water attacks.

The Xperia XZ2 Compact might look similar to its counterpart, but with a smaller 5-inch screen. We’ll let you know the truth of the matter the moment February 26 rolls around.