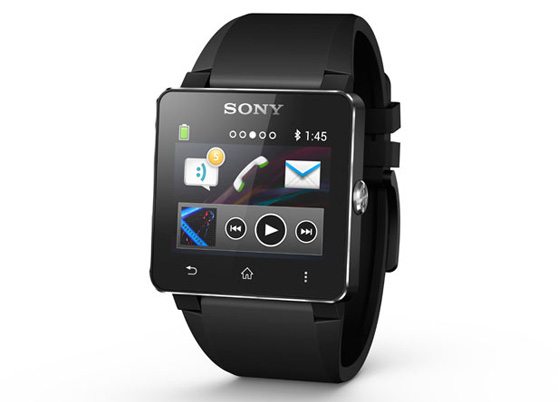 Aside from the Xperia Z Ultra, the Sony SmartWatch 2 has also made its debut today at an event that’s taking place currently in Shanghai. And the device it seems, didn’t want to be felt left behind by the water and dust resistant Xperia gadgets, which is why it has been given the IP57 treatment by Sony. It’s basically a second screen experience for those who use Android smartphones and tablets.

Described as a multi-functional ‘watch, notifier, Android app interface and phone remote control,’ this latest piece of technology will have numerous apps designed for it in the future. Prominent features of the Sony SmartWatch 2 include letting users handle their calls with a simple touch, clicking photos on smartphones remotely, controlling presentations, reading messages and other notifications and more.

And that’s not all; those who despise having to pull out their phones in order to adjust the volume of their music or to skip a track perhaps, will now have the liberty to perform these tasks using the Sony SmartWatch 2. This wireless accessory for Android devices comes with support for NFC connectivity, thus providing one-touch pairing for its users.

Improvements over its predecessor include a higher resolution (220 x 176 pixels) screen which is of 1.6 inches in size, better visibility in sunlight, a stronger battery, a more intuitive interface and a range of pre-installed and recommended apps. Furthermore, the Sony SmartWatch 2 will now be able to turn into a standalone timepiece when it’s not connected to any Android gadget.

In such a case, users will even be able to read previously received notifications and set their alarms. Any 24mm wristband will be applicable to the device, and hence it there will indeed be a lot to choose from in terms of it can be customized.

The SmartWatch 2 is slated to hit markets worldwide in September this year. Its price details haven’t been revealed as yet.