Sony RX1R II is a full frame shooter with a 42MP sensor, is extremely compact

Sony has managed to fit a full frame sensor of a whopping 42.4MP in capacity into the RX1R II camera which happens to be just 2.57 inches in height and 507 grams in weight. A successor to the RX1R from 2013, this new product is all set to be released in the US in November at a price of – prepare for this – $3300.

If one is willing to spend that ridiculous amount on a compact camera, they must be assured that they’re getting every penny’s worth of what they are paying. And they are indeed, what with a full frame sensor that can click 42.4MP pictures. The Sony RX1R II impresses with its other components as well.

For its lens, it has chosen a 35mm f/2.0 Zeiss Sonnar T* assembly which beams its visuals through either a retractable 2.4-million-dot XGA OLED viewfinder or a 1.2 million-dot 3-inch tilting LCD. This Wi-Fi and NFC-supporting Sony camera moreover, features 399 phase-detect points, offering an extremely fast and reliant autofocus system.

The BIONZ X processing engine has made its way into the new RX1R II, offering an ISO range of 100 to 25600 (expandable to 50 to 1024002). What helps furthermore in low-light conditions is that the camera’s sensor itself is back-illuminated.

Coming to the video, it’s surprising that despite the large sensor this Sony device has chosen to leave 4K recording out of its list of features. It manages 1080p clips at 24, 30 and 60fps and goes faster than that at lower resolutions. 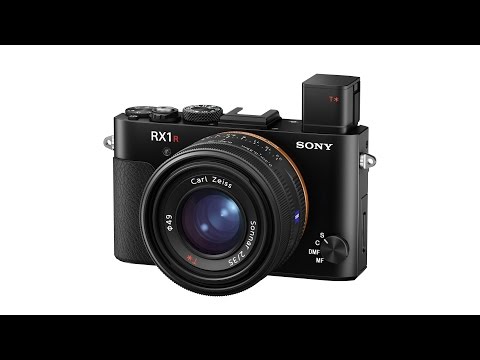 Like we said, the new full frame Sony RX1R II is scheduled to be released in the US this November with its price set as high as $3300.