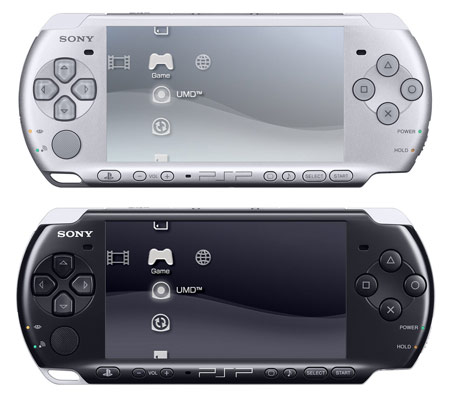 The latest PSP handheld comes with the same basic design and functionality of the current “slim and light” PSP. However, it features an improved new LCD screen and a built-in microphone.

The newly announced PSP-3000 will be available in Japan, Asia, North America and Europe from October 2008. The 4.3 inch wide screen features highest-level contrast ratio, response time, and wider color gamut, hence it delivers natural and vibrant colors. It also features an anti-reflection technology that ensures greater visibility even when the handheld is used outdoor.

Besides, the new PSP 3000 is equipped with 64MB of built-in memory and connectors such as DC IN 5V connector, DC OUT connector, Video out/headset connector, USB connector and Memory Stick Duo slot.

Additionally, the PSP 3000 will not only be seen in traditional piano black color but also come in a brand new Mystic Silver color.