Sony has launched its most powerful device to date, the Xperia Z4 Tablet which comes with a high-resolution display and a top-notch processor. Well, the slate wasn’t the only device to go official as the Xperia M4 Aqua smartphone also made an appearance at the expo.

Sadly, there’s still no word on the Xperia Z4 flagship smartphone as yet. The Sony Xperia Z4 Tablet and Xperia M4 Aqua have been extensively leaked over the past few weeks and we know a lot about them already. The slate is the slimmest device there is from the company measuring just 6.1mm thick. It isn’t all that different compared to its predecessor where looks are concerned. 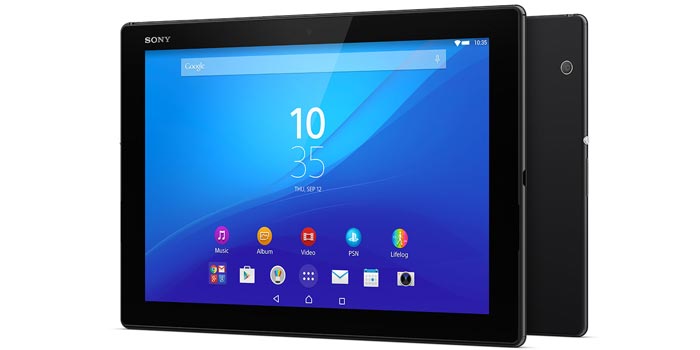 The overall body is made to be IP68 water- and dust- resistant and the corners feature premium stainless steel metal coatings. Apart from these features, a 10.1-inch QHD (2560 x 1600 pixels) display can be found on the front along with a 5.1MP camera, while the rear flaunts an 8.1MP shooter, not 8MP and 13MP snappers as previously rumored on the Sony tablet.

Also read: Samsung Galaxy S6 and Galaxy S6 edge are official, one is prettier than the other

And to deliver the steam, a 2GHz Snapdragon 810 octa core processor has been included. Other features include Android Lollipop, 3GB RAM, 32GB storage, 128GB microSD expandability, optional LTE and a 6000mAh battery that can deliver an impressive 17 hours of video playback on a single charge. Coming to the Xperia M4 Aqua, the phone offers a premium design with IP68 water and dust resistance. 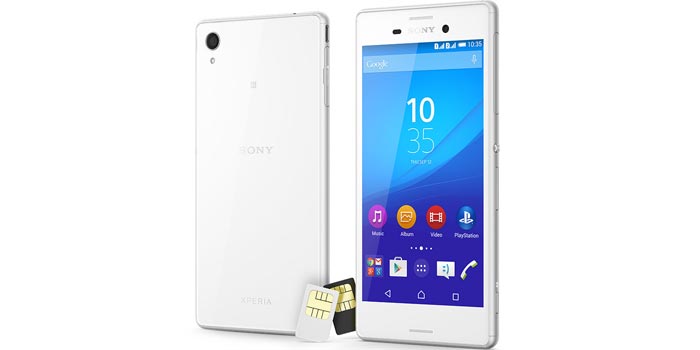 The Sony Xperia Z4 Tablet will go on sale in Wi-Fi and LTE models from June, while the Xperia M4 Aqua will arrive sometime this spring for €299.