Sony PSP Go! Cam Accessory to be launched in the Middle East by Sony Gulf 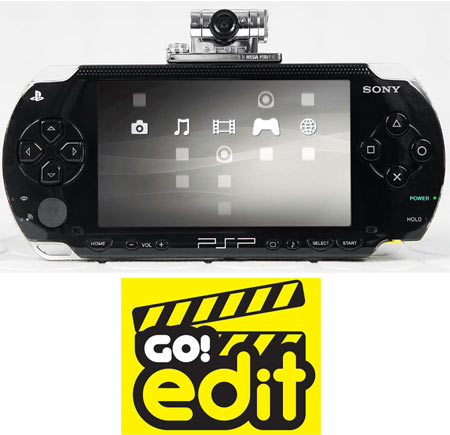 A while ago, we had reported about Sony’s new Go! Cam camera accessory for the PSP. Now, the company has sent word that the Go! Cam will be released for launch in the Middle East.

According to Sony, the PSP Go! Cam seamlessly converts the PSP into a portable, functional and fun camera.

The Sony Go! Cam offers up to two and a half hours video recording time and can click and store over 40,000 photos.

Besides, the Go! Cam has a built-in microphone that allows you to add an audio aspect while shooting. Using this add-on, you will also have the ability to change the direction of the camera lens vertically by 180 degrees.

The Sony PSP Go! Edit editing software is available as a free download from www.yourpsp.com/goedit/.

According to Tim Stokes, Sales & Marketing Director, PlayStation Division – Sony Gulf, “With summer around the corner and the ability to turn your PSP into a mini camcorder and capture all the best moments in your life, this is yet another reason to get a PSP and to take advantage of truly portable entertainment. It demonstrates yet again the potential, versatility and evolving nature of PSP.”