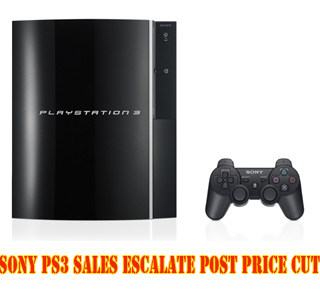 Though the exact numbers weren’t revealed, Sony spokeswoman Kimberly Otzman did tell the news agency that 245 percent rise in PS3 units sold in North America was reported by the top 10 retailers for Nov. 18 through Nov. 24

Undoubtedly the Sony PS3 does have the best hub, and of course the phenomenal Blu ray embedded further enhances the worth of the video game console. But one factor that wasn’t particularly on PS3’s side was the price of the device. Exorbitantly priced at $599, the console went through quite a few price and subsequent storage size changes in order to keep pace, if not outbeat its competitors from Microsoft and Nintendo. The change in price, from $599 to $499 and finally the $399 help boost the sales of the PS3.