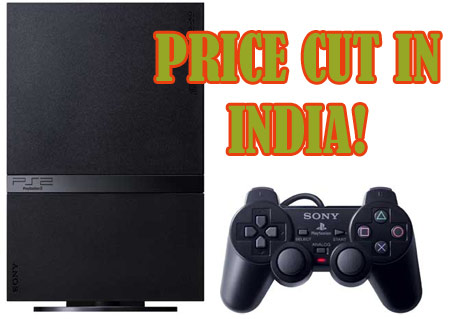 Just when the world gets a choice of next-generation consoles like the Sony PS3, Xbox 360, and Nintendo Wii, the price of the Sony PS2 drops in India.

When the PS2 was introduced, gamers had to wait a good while so that they could buy themselves this console. Gradually, the price did drop a bit. Then in a few years, the next-gen consoles were launched, and everyone wanted to get their hands on them. But, they were too expensive for gamers as well.

Still, you do get old-school gamers who have no plans of ever getting rid of their PS2 consoles, even if they just bought themselves a PS3 console.

Well, now Milestone, the official distributors of PlayStation products in India have announced the PS2 price cut. With effect from August 23, 2007 the PS2 will cost Rs.6990.

Plus, with over a choice of 1,400 games cool games, the PS2 is a must have for hardcore gamers. So all you gamers who have yet been waiting to get yourselves a PlayStation 2 console, now is the time.