Sony definitely made a huge splash at the IFA 2013, but it isn’t done with new launches as a new PS Vita handheld has been announced in Japan. What’s more, the company has even stepped into the compact console game with its Vita TV which will take on the Ouya, GameStick and other such devices. There’s also a new color variant for the Dualshock3 controller which will be available with the TV peripheral and it can be used on the PS3 as well.

The refreshed PS Vita PCH-2000 is not only lighter, but also slimmer than the original. The device is now 15mm thick and it tips the scales at 219 grams. The company has carried out a few modifications to the hardware. Firstly, the display panel has been switched to LCD from OLED. And the PS, start and select buttons are now round shaped for added convenience. 1GB of internal memory has been provided and a microUSB port is supplied as well, for charging and data transfer. The console only supports Wi-Fi connectivity and the 2210mAh battery is capable of delivering 4 to 6 hours of gameplay which is an hour more than before.

The PS Vita TV features the same core hardware specifications as the handheld system. This one is like a mini set-top box which connects to a television set via HDMI. The device can play almost all titles released for the handheld version and its predecessor. It even supports Remote Play with the upcoming PS4 console. 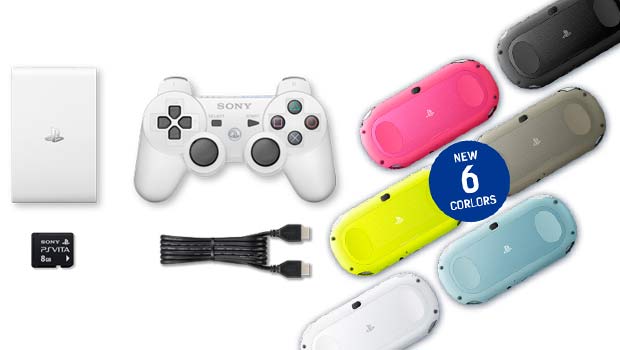 Apart from the changes mentioned above, all other features of the new Vita remain the same as the original. The new model will be available in 6 color options on October 10 for JPY 19,929 along with the new 64GB memory card. The Vita TV is priced at JPY 9,954 and is scheduled for launch on November 14. The mentioned availability details are for Japan only. 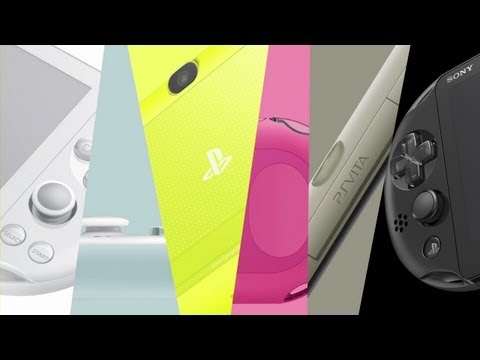