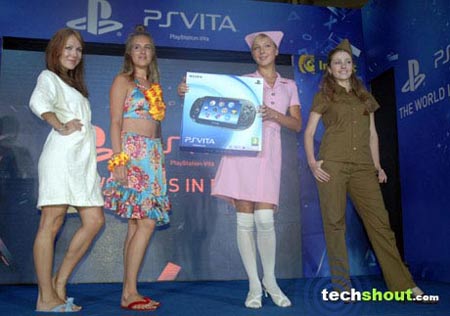 A bathtub, rickshaw and beach chairs were seen trying to blend in with the surroundings at the Sony PS Vita India launch that we were at, just yesterday. Quite clearly, enough has been heard and said about the console to have warranted a fairly short introduction and then the much more interesting hands-on time.

The titles accompanying the release are inclusive of Little Deviants, ModNation Racers, Everybody’s Golf, Ninja Gaiden Sigma Plus, Rayman Origins and more. We got a chance to try out Uncharted: Golden Abyss and WipeEout 2048 on the PS Vita. Going by our experience in the short amount of time we spent with the gaming unit, the controls are pretty intuitive and the visuals are played out crisply. 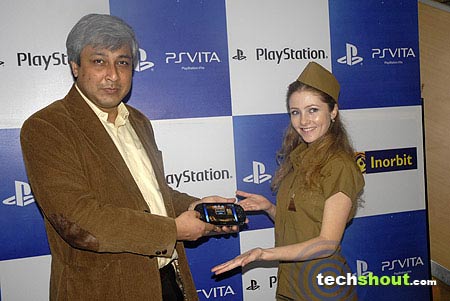 “With the launch of the PS Vita, we are determined to deliver the most advanced, powerful and connected portable gaming experience India has ever seen. For the first time ever Indian consumers will get to experience compelling PS3 console-like gameplay on-the-go, while staying connected with their favorite entertainment and social networking applications through 3G and Wi-Fi support. It is clear that PS Vita is making a phenomenal impression on gamers across the world and we are proud to bring this into India,” remarked Atindriya Bose, Country Manager, Sony PlayStation.

For those who haven’t been clued in, the next generation portable console from Sony sports a 5-inch OLED display on the front as well as rear touch pad for better control. It embeds front and rear cameras, dual analog sticks and a six-axis motion sensor. Some of the device’s highlights cover cross-platform playability with the PS3, Wi-Fi and optional 3G as also, Live Area, Party and Near applications. 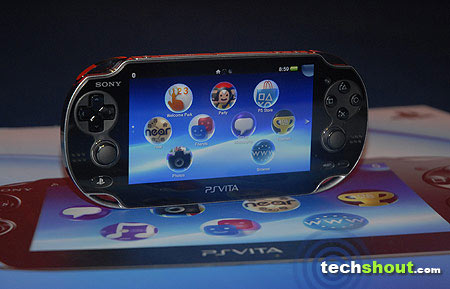