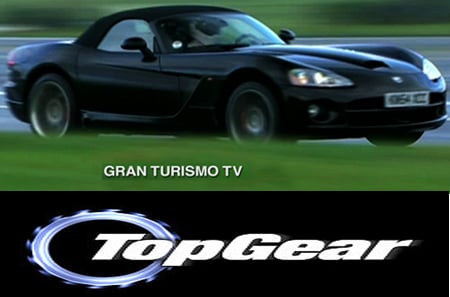 Sony Computer Entertainment has teamed up with Polyphony Digital, the creators of one of the best-selling video game franchises in the racing genre ‘Gran Turismo’. The two companies have announced plans to collaborate with BBC Worldwide that will allow BBC’s ‘Top Gear’ programme to be downloaded via Gran Turismo TV aka GT TV on Sony’s PlayStation 3 console.

For those who don’t know, GT TV is a dedicated online channel packed with the latest news and content from the motoring world. However, GT TV is not yet launched and will makes its grand debut in 2008. BBC Worldwide will provide 40 episodes of Top Gear, the award-winning BBC television series about motoring for download.

Besides, the Top Gear Test Track – the track featured weekly on the show, where host Jeremy Clarkson and the Top Gear team test the latest cars– will be replicated in Gran Turismo 5 (GT5) on PS3.

For the first time in a racing game, players will be able to burn rubber and experience every white knuckle, hairpin turn on the Top Gear Test Track for themselves.

According to Kazunori Yamauchi, President,Polyphony Digital, “We at Polyphony are great fans of the world’s best motoring programme, Top Gear, so we’re delighted to be collaborating with BBC Worldwide to deliver Top Gear content via Gran Turismo,” said “We’re sure that players will be as thrilled as we are when they get the chance to put their own driving skills to the test on the Top Gear Test Track in GT5, as well as enjoying classic episodes of Top Gear via GT TV.”

Simon Danker, Director, Digital Media, BBC Worldwide commented, “BBC Top Gear is the world’s number one motoring media brand and we’re thrilled to make it accessible to Gran Turismo gamers. We continue to explore different avenues to share our content with an expanding audience, and are delighted to participate with Polyphony Digital in the launch of this exciting new opportunity.”