One would have thought this download age to be ready to drive away the need for optical discs, but Sony and Panasonic have different plans. As part of a surprise partnership between the two companies, both have announced their concept for an ‘Archival Disc’ standard which will surpass Blu-ray discs by miles to allow 300GB to 1TB worth of data to be stored on them.

The two bigwigs from Japan have announced this partnership through a press release which has also revealed details about the technology as well as its proposed roadmap. Describing the aim of Archival Discs to be long-term digital data storage, they have emphasized on the properties of optical discs to resist dust and water as well as survive high and low temperatures. 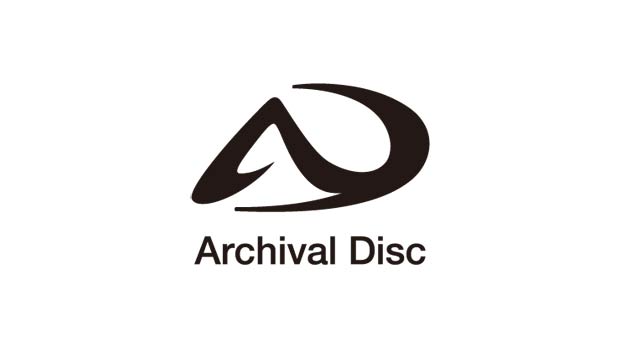 These next-generation optical discs will need systems capable of writing data onto them and also reading them. Sony and Panasonic plan on releasing these systems during the summer of 2015. At launch, they will have a recording capacity of 300GB. As the format will progress, it will move towards 500GB and 1TB capacities. 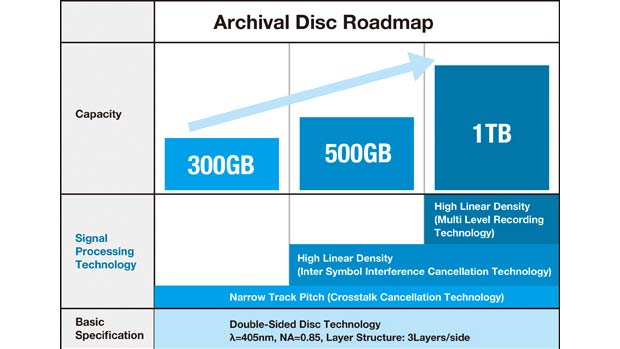 Getting into technicals, it is known that these Archival Discs will be of write-once nature. They will be double sided (3 layers/side) and feature the Land and Groove Format. Sony and Panasonic claim to have understood the demands of archival capabilities in the film industry as well as in cloud data centers around the world. It is these two markets that they aim to tap with their new product.