Sticking to tradition, Sony has made its latest devices available for purchase through its online store unlocked and SIM-free. The new arrivals include the Xperia Z1 flagship, the Z Ultra phablet and the SmartWatch 2 accessory.

The Xperia Z1 has gone on sale in various countries globally and it was recently leaked for T-Mobile, but there’s no information on when it will become available. Obviously, the carrier model will have 4G LTE radios onboard, but the version available through the company’s online store appears to only have HSPA+ support. The handset is tagged at $649.99 and it’s available in shades of black, white and purple. The Z Ultra phablet has been on sale in the US for quite some time now, but not officially. 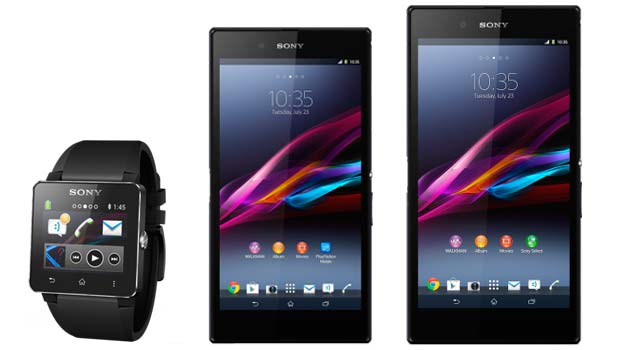 Both, the HSPA+ and 4G LTE models were listed on Negri Electronics and now, the company has started to offer the smartphone through its online store. The former version is tagged at $649.99, while the latter is priced a tad higher at $679.99. This 6.4-inch mammoth also comes in the same color options as the Z1 flagship. Last on the list is the SmartWatch 2 which is the successor to last year’s wearable accessory.

The device is compatible with all Android phones running Ice Cream Sandwich or later and it can be picked up for $199.99. Sony recently announced that a new firmware has been released for both, the Xperia Z1 and Z Ultra smartphones, which is Android 4.2.2 with various enhancements.

Considering that Sony has made the Z Ultra available in HSPA+ and 4G LTE options, its chances of arriving through a carrier aren’t high, but you can expect the Z1 to show up at T-Mobile soon.

Facebook
Twitter
Pinterest
Linkedin
ReddIt
Tumblr
Flip
Previous article
Samsung Galaxy S4 mini La Fleur will be dripping in red this Christmas
Next article
Philips will be the next to flip out, Xenium W9588 phone on the cards