Sony Alpha NEX-5T CSC is a portable alternative to DSLRs

The Sony Alpha NEX-5T compact system camera has just been unveiled and it happens to be the first interchangeable lens snapper from the company to facilitate one-touch wireless connectivity. Actually, it has been deployed with NFC and users can transfer pictures and videos from the device to any compatible smartphone and tablet based on Android. And built-in Wi-Fi makes it possible for them to upload snaps directly from the CSC to social networking websites.

The phone belonging to the NEX range takes inspiration from its predecessor, the Alpha NEX-5R to employ Hybrid Auto Focus which provides a combination of phase detection and contrast detection. It makes the device capable of recording fast moving subjects at the rate of 10 frames per second. A 16.1MP Exmor APS HD CMOS sensor is integrated into the gadget and the DSLR-like component absorbs more light to produce good-quality images and videos. A programmable control dial and a function button have been placed on the shooter’s chassis for convenience. And what’s more, it boasts of the touch shutter feature as well. 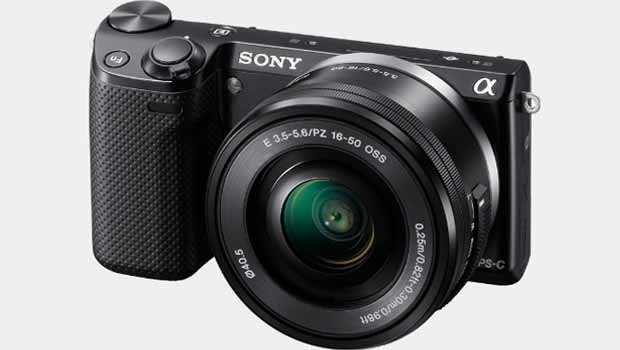 An intuitive LCD touchscreen has been placed on the rear side of the Alpha NEX-5T and photographers can either flip it upwards or downwards for self-portraits or high-angle shots. As we already said, the Sony snapper makes it easy to share content with NFC-enabled phones and for devices that do not have this connectivity option, the OEM has introduced the PlayMemories app which is available for Android and iOS platforms.

The Sony Alpha NEX-5R compact system camera is slated to be made available in the month of September and will cost $700 when purchased along with the 16 – 50mm motorized zoom lens. Only the devic3e is up for grabs for a price of $549.99. It will come drenched in shades of silver, black and white and is compliant with E-mount interchangeable lenses.