Amongst the many crazy Sony leaks we’ve seen over the months, we’re finally seeing something very believable and it looks to be an upcoming mid-range release. The phone carries the model number E2003/E2033 and it features a 64-bit processor along with various entry-level hardware.

The Sony E2003/E2033 was spotted on GFXBench by TechTastic and it was listed with Android 4.4.4 KitKat. Considering that there have been issued with early builds of Android Lollipop prior to version 5.0.2, we could see the handset arrive with the new OS instead. The phone is said to have a 4.6-inch display with qHD 960 x 540 pixel visuals. 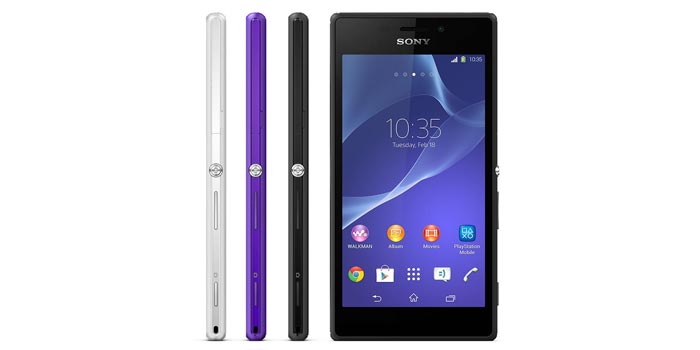 The processor used here will be a MediaTek one which is a rare pick for the company. The MT6752 is the one of choice which is based on the Cortex A53 with a quad core 1.5GHz configuration and Mali-T760 graphics. Additionally, the Sony device features 1GB of RAM, 8GB of storage and dual cameras.

We’ve already seen the Xperia E4 get leaked multiple times and a website also managed to do a hands-on with the device. So it’s obvious that the E2003/E2033 handset isn’t the E4, but there’s a very high chance of it landing up as the latest entrant in the Xperia M series.

The Sony E2003/E2033 smartphone should go official at the MWC 2015 expo which takes place in March. We also expect to see the company launch a new flagship series including a fresh tablet, the Xperia Z4 smartphone and multiple variants of it.