Sony Lavender is another selfie phone in the making [image, specs]

Sony recently launched the Xperia C4 which is its latest selfie smartphone, but not its last for this year as the rumored Lavender handset has been leaked with a high resolution front camera. And the snapper is also accompanied by an LED flash. A good deal of specs has even been disclosed and we could be looking at a new mid-range flagship.

We first heard about the Sony Lavender smartphone earlier last month and back then, only details such as the model number E5503 and the MT6752 processor were know. Well, the new leak not only offers a lot more information, but also an image of what’s said to be the handset in question.

@Upleaks is the source of the new details and as you can see in the picture below, the device clearly has a large camera sensor on the front. This snapper is said to be rated at 13MP and the main camera will also be the same Sony IMX214 imager. 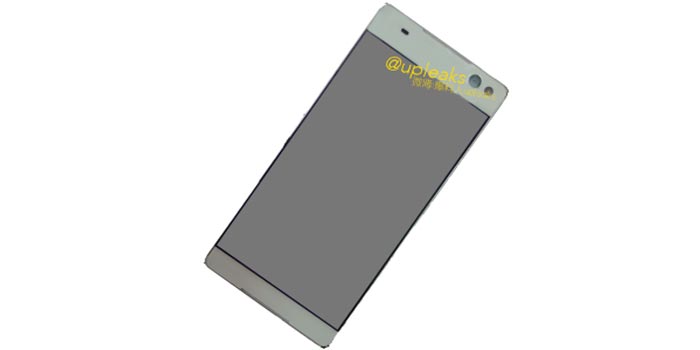 What’s more, the display is surrounded by extremely thin bezels and this is a first from the Japanese company. Even the flagship Xperia Z4 has rather thick bezels. Unless the company is experimenting on a new design approach with the upcoming Lavender phone, we’re a bit skeptical about the above image.

The SOC used here is a 1.7GHz 64-bit octa core MediaTek chipset and it’s coupled with 2GB of RAM. There will also be a 1080p FHD display which is said to be larger than the 5.5-inch screen on the Xperia C4. Apart from these features, there’s also mention of optional dual SIM support.

The Sony Lavender smartphone is most likely to make its debut at the IFA 2015 in September.