Sony launching a new Xperia flagship next week, could be the global Xperia Z4

The Sony Xperia Z4 isn’t the flagship smartphone we really expected from the Japanese company and while it’s said to be limited to the Japanese market only, there’s a good chance that it will arrive in other regions under a different name. And next week is when we expect to hear the announcement as Sony Hong Kong has sent out invites for May 28 to see ‘the new Xperia flagship.’

What’s more, the OEM’s Taiwan branch is holding an event, but on May 27 where the Xperia C4 and Z4 Tablet are expected to go official. The invite from Hong Kong says that the smartphone to be unveiled offers a top camera, screen, sound and water-resistant design.

This certainly has the Sony Xperia Z4 smartphone written all over as the M4 Aqua isn’t even close to being a flagship device. Also, Xperia Blog is reporting that the company is sending product development engineers from Japan for the event to speak about the new design approach which adds more to the possibility of it being a big launch. 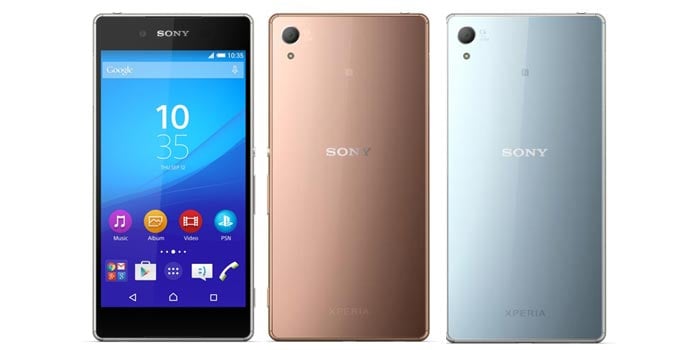 It’s more or less confirmed that the Xperia Z4 will be reaching other markets as the Xperia Z3+ and this branding makes sense considering that not much has been changed in the new flagship. Nevertheless, we’ve been seeing some pretty innovative designs like the selfie-focused Lavender and the Xperia P reboot from Sony leak out and they could get unveiled next week too.

Also read: Sony Xperia A4 is official for Japan, might just be the Z4 Compact

It looks like we’ll have to wait until next week to know for sure what Sony has up its sleeves.