Sony has revealed another smartphone ahead of its MWC 2015 event which is scheduled for next week and the new device is officially called the Xperia E4g. The phone is basically targeted at 4G LTE markets and promises an intuitive experience along with ‘powerful battery performance.’

The Sony Xperia E4g is essentially the LTE version of the Xperia E4 which was launched earlier this month in single and dual SIM options. It’s quite surprising that the company has chosen to give the phone a different branding instead of just sticking with the original moniker. Nevertheless, it does work in the giant’s favor as the naming clearly depicts 4G connectivity being the highlight. 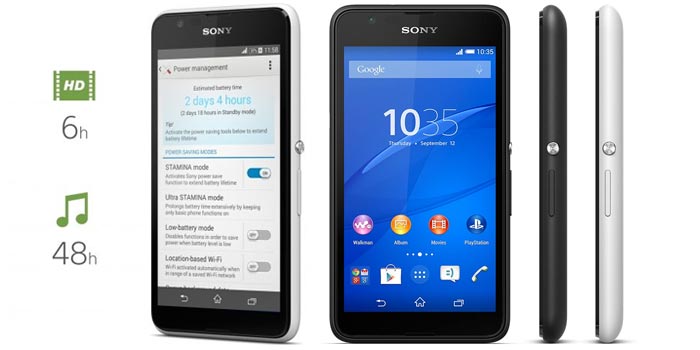 Apart from the inclusion of LTE support, Sony has also made a couple of other modifications to the hardware. Firstly, there’s NFC connectivity onboard which means that you’ll be able to make payments with simple taps and also easily pair with other devices.

Then there’s a change of heart as the 1.3GHz quad core chipset has been replaced with a 1.5GHz processor. There’s no word on the make or model of the new SOC. Apart from these feature, everything else on the Xperia E4g is pretty much the same as on the original phone.

The Sony Xperia E4g will go on sale starting April for €129 and it will also be available in single and dual SIM options. The phone will arrive in black and white shades.