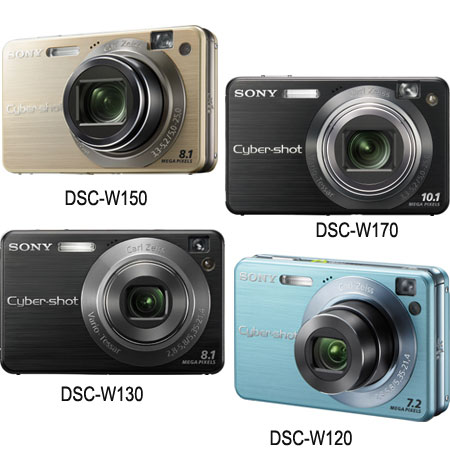 Sony has rolled out a line-up of new Cyber-Shot digital cameras. The new entrees range from entry-level point-and-shooters to ultra-compact cameras with high-end features.

The new array of digicams adds four new models to the company’s Cyber-Shot W-series, along with two S-series models, DSC-H10 and DSC-T300.

In the new W-series digicams, Sony is emphasizing on their “smile shutter” mode feature. The name itself indicates that in this mode, the cameras senses when someone in the frame smiles and automatically takes a picture. In addition, they all incorporate the face-detection technology that has the ability to recognize up to eight faces per shot and allows the user to prioritize the “smile shutter” to set off when a specific person smiles.

Getting specific to each camera, the 10.1MP W170 and 8.1MP W150, both, feature a wide-angle Carl Zeiss lenses and 5x optical zoom. They both incorporate 2.7-inch LCD displays and will ship in April. While W170 will be priced at $300, W150 will cost $250. Additionally, the DSC-W170, and the DSC-W150 feature Sony’s new Intelligent Scene Recognition (iSCN) technology, which will apparently automatically adjust the camera’s settings to the best possible for each shot. 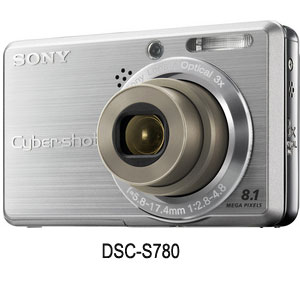 DSC-S780 and DSC-S750 are the two new additions to the Cyber-Shot S-series. Measuring 1-inch thick, these uber-slim cameras come with a 22MB of on-board memory. While S780 offers 8.1MP, S750 is a 5MP camera. Facial detection for up to three people per shot and seven pre-set scene modes are the other key features of these entry level cameras. Scheduled for an April launch, while S780 will retail for $180, S750 will be available for $150. 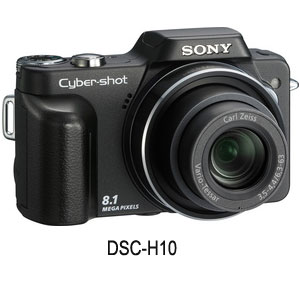 The next one on the list is 8-megapixel Cyber-Shot DSC-H10, which is a compact high-zoom camera, touted to be an ideal camera for the family. It features a 10x optical zoom, a long-distance flash for faraway shots, a Carl Zeiss lens and a high shutter-speed mode for rapid-fire sports or action shots. In addition, the DSC-H10 comes bundled with a few on-board image-editing apps and face detection for up to eight people per shot. Slated for a May launch, H10 will cost $300. 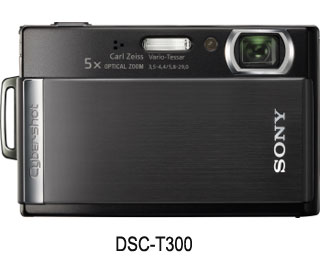 This time around, we decided to leave the best! The most high-end amongst all the eight new digicams is the Sony Cyber-Shot DSC-T300, a $400 camera which will be available for purchase in March. The ultra-compact 10.1-megapixel camera comes with a 5x optical zoom Carl Zeiss lens. Sporting an amazing 3.5-inch touchscreen LCD display, this model also includes in-camera management tools that allow users to sort shots by date and view them in a calendar-like interface. T300 also includes Sony’s all-new Intelligent Scene Recognition (iSCN) technology. T300 essentially is the high-end version replacing the T200.