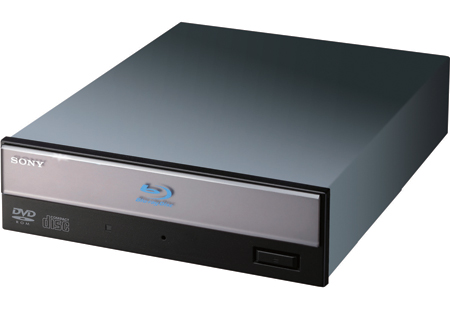 Sony Electronics has rolled out its very first internal Blu-ray Disc ROM Drive dubbed BDU-X10S for the computer aftermarket in India. The BDU-X10S is claimed to be an affordably-priced option for users who want to upgrade their desktop to a Blu-ray player, which also possesses the ability to play DVDs and CDs.

The internal drive has the ability to enable faster and easier transfer of data or videos through its high-speed Serial ATA (SATA) interface. Its standard 5.25-inch form factor makes possible easy installation in desktop PCs running Microsoft Windows Vista or Windows XP operating systems and is an apt alternative for an existing DVD-ROM drive.

The other technical specifications of the BDU-X10S are:

Currently the Sony BDU-X10S Blu-ray Disc ROM Drive is available in India via Rashi Peripherals and its branches throughout India at an MRP of Rs 16,950 and is packed with a one-year warranty.