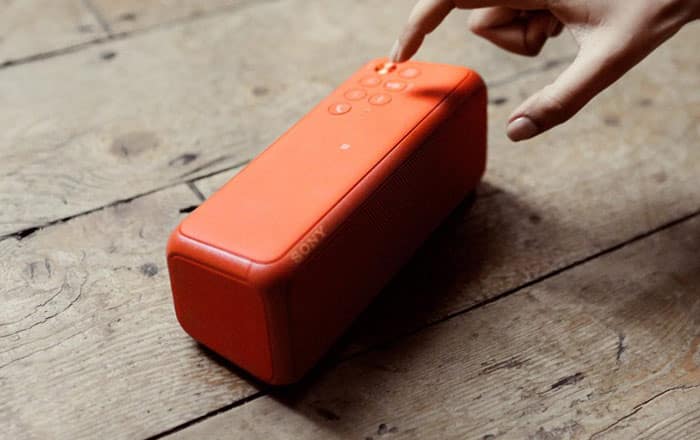 Sony has brought into India a new portable wireless speaker named SRS-XB3 which has its price set at Rs 12990. That’s quite a large retail value to have for a product like this, especially when there are so many cheap options available for customers out there.

But the Sony SRS-XB3 is distinguished by a range of advanced features that make it incredibly different from the many inexpensive wireless speakers that have managed to storm Indian market lately. It incorporates a 48mm full-range driver for loud sound, and is even said to kick in an embedded magnet that contributes towards granting deeper bass.

Sony has even pushed inside the speaker the native LDAC audio coding technology for enhancing its wireless offerings. Support for Bluetooth and NFC is present on this device, aside from USB-A port which you can use to charge your smartphone.

As for the battery, the SRS-XB3 kicks in a 8800mAh power pack that’s rated to deliver up to a whopping 24 hours of playback on a single complete charge. Moreover, this speaker has also been revealed to be water resistant up to a certain extent.

Sized at 211 x 80 x 83mm, it has its weight set at 930 grams. Black, blue and red are the colour variants Sony has provided the device with. It benefits from a pretty standard bar shaped design, and grabs a variety of controls that are placed on its upper surface for a smooth operating experience.

Sony Centres and other leading electronic stores across India have now stocked up the Sony SRS-XB3 portable wireless speaker. Like we said, it is purchasable at a price of Rs 12990.