There was talk about Sony jumping into the current trend of manufacturers launching mini versions of popular smartphones, with an Xperia Z1 mini. We’ve heard word about the specifications before and now here are a couple of leaked images which are believed to be that of the Honami mini.

The photos are touted to come from carrier NTT Docomo’s brochure and one displays the specs of the edition bound for Japan. The Sony smartphone appears to be carrying the tag ‘Xperia Z1 f’ and model number ‘SO-O2F.’ 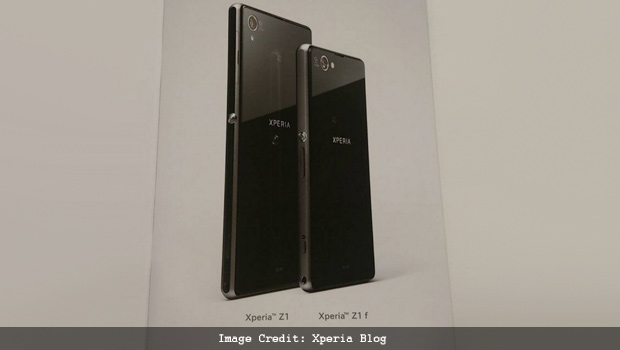 While Xperia Blog which has the pictures admits these could be fake, it also notes that the image of the documentation looks very much like it belongs to NTT Docomo. According to the features sheet, the handset is fueled by 2GB RAM, a quad core 2.2GHz Snapdragon 800 processor and a 2300mAh battery.

The front panel is expected to host a 4.3-inch 720 x 1080p touchscreen, 16GB onboard storage, a 2.2MP camera and a 20.7MP camera. These details agree with the previous leak about the Honami mini’s specifications. And just as expected, Sony could be awarding IP55/IP58 certification for water and dust resistance to the device. 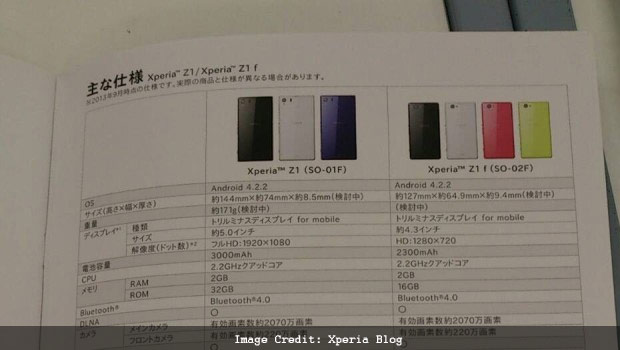 The brochure which broke cover also reveals that the Z1 mini will arrive in four color options of black, white, pink and yellow. It’s possible that some tricky bloke just designed these documents to excite the excitable while borrowing the specs from the older story which broke out before the Xperia Z1 launch. So keep your fingers crossed if you’re a Sony fan.