After Microsoft, Sony has now announced a 1TB PS4

In an expected move, Sony has unveiled a 1TB model of its hot PS4 console. The all-important price of this package has been kept a secret for now, but it has indeed been revealed that the system will begin being sold in select European and PAL territories from July 15 onwards.

It will be dubbed the Ultimate Player Edition and will be made available in both white and black color options. It was just last week that Microsoft too introduced a 1TB model of its Xbox One console, and in the process made its 500GB variant even cheaper ($349).

That makes the Xbox One the cheaper system among the two right now, meaning Sony will definitely be thinking about a price drop for the the PS4 as well. We won’t be surprised if the Japanese company too follows the same line by dropping the retail value of its 500GB model once the 1TB variant is out. 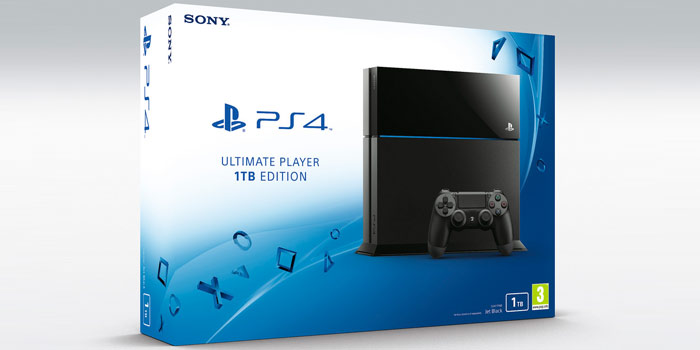 As for now, European and PAL territories are the only ones announced to be getting the Ultimate Player Edition of the console, even as North America has been left out of the fold for some reason. However, there’s no question that the device will be released here sometime or the other as it has been spotted at FCC recently.

Also Read: Here’s what the 40K PlayStation 4 will fetch you

Sony has also announced an update for its Android and iOS PlayStation apps today. It has revealed that the utility is now able to take PSN gift cards and promotional codes, while it even gives gamers the option to display comments on their phone or tablet while they’re broadcasting from the console.

Like we said, there’s no word on the price of the new 1TB PS4 console, but we’ll update this post once we have an idea about it.