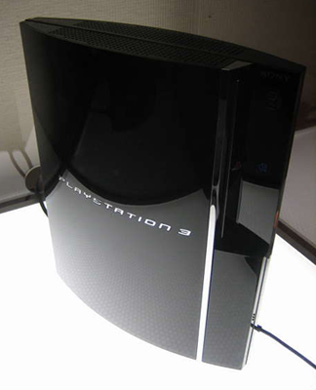 Just a week ago, we had reported on Sony’s European PlayStation 3 being not compatible with the PlayStation 2 game titles.Well, now Sony Europe has finally come out in the open and has responded officially to some of the criticisms of its decision to drop hardware back compatibility for PAL versions of the PlayStation 3.

A spokesperson for Sony Europe discussed these issues with a “semi-official” blog about Sony’s controversial decision to refrain from releasing a list of emulated PS2 games prior to the arrival of the PS3.

“We have been assessing the extent of backward compatibility, and will continue to do so right up until launch. It is therefore not possible to provide a specific number of backwards compatible titles at this stage, but close to launch consumers will be able to check whether their titles are compatible with PS3,” Sony’s spokesperson said on the blog.

The question of Europeans getting an ‘inferior’ product also came up, but the answer to this question was nothing but bland and went like this, “The PS3 launching in Europe is every bit as powerful as the PS3 available currently in North America and Japan.”

The semi-official blog also adds, “PS one titles remain backwards compatible and we will continue to assess the compatibility of PS2 titles right up until launch We will continue to offer firmware upgrades to increase the number of titles that are compatible, but rather than concentrate on PS2 backwards compatibility, in the future, company resources will be increasingly focused on developing new games and entertainment features exclusively for PS3.”

In a separate announcement, Sony Entertainment Europe also unveiled details of the games that will accompany the March 23 launch of the PlayStation 3 in Europe.

Sony Europe confirmed that its five disc-based launch titles that include the much-talked about Motorstorm and Resistance: Fall of Man will sell at a retail price of €59.99 or around £39.99.

Titles that have been developed especially for download from the PlayStation Network include BlastFactor, Flow, Super Rub a Dub and Tekken 5: Dark Resurrection.

According to David Reeves, president and chief executive at Sony Entertainment Europe, “It will be completely free to register on the PlayStation Network with no subscription fees and access to many free demos. And with these competitive prices for additional content we are able to offer top quality games on Blu-ray discs and a whole range of downloadable content from the PlayStation Network.”

How Will The Metaverse Influence Online Gaming?