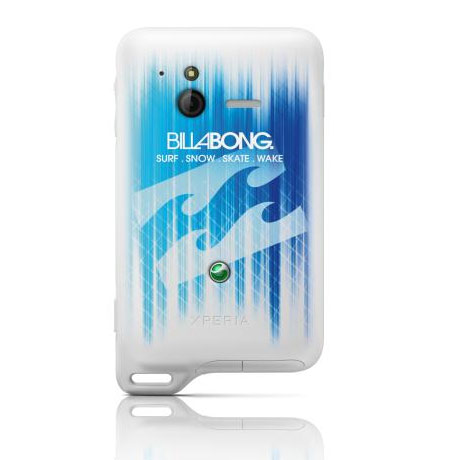 Adding a touch of extreme sports to its already adventurous device, a certain London based handset manufacturer has pushed out the Sony Ericsson Xperia active Billabong edition. Meant for the outgoing, exploratory kind, the smartphone has been developed in collaboration with Billabong which is a surf-inspired youth lifestyle brand.

The partnership has not only resulted in a stylish handset, but also some exclusive content for it. The special edition active comes pre-loaded with screensavers, videos, and more. An application titled Billabong Live has also been released in the Android Market through the Sony Ericsson channel. In addition to this, the Xperia Play will also be graced with Billabong Surf Trip, a surfing game.

“The partnership is an expansion of our long term relationship with Sony and an extention of an Asia Pacific alliance developed with Sony Ericsson in 2011,” commented Scott Wallace, Billabong’s International VP of Strategic Partnerships and New Media. “Our customers are very tech savvy and their top interests include music, photography, social media and, of course, action sports. Each of these interests can be captured or experienced through the Xperia active and we are working on some exciting apps and accessories that should add to the user’s experience. The first to benefit will be the athletes at our major international events who will be testing the Xperia active device in conditions as diverse as the snowfields in Austria, surfing the big waves of Tahiti and even skateboarding in Singapore.” 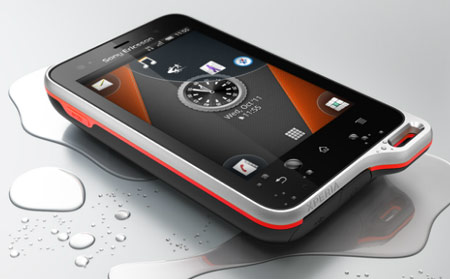 Along with being dustproof and scratch- as well as water-resistant, the new gadget has also been incorporated with wet finger tracking technology. The handset is equipped with a 3-inch capacitive touchscreen which displays visuals in a resolution of 320 x 480p. Dotted by a 5MP camera on its rear panel, the phone allows an external storage of 32GB by means of a microSD card.

The Sony Ericsson Xperia active Billabong edition has been released in select markets around the world. It will also feature in upcoming Billabong events.