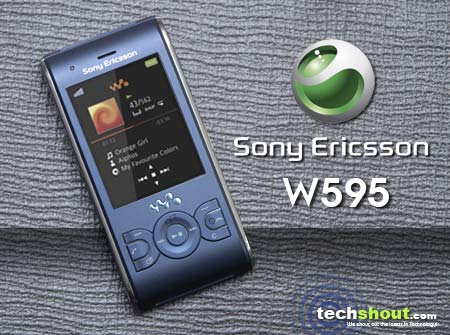 In the past week we managed to lay our hands on the Sony Ericsson W595 Walkman phone. Yes the phone had finally reached our review desks as we geared up to get it under the scanner. The phone is actually a successor to the company’s earlier W580i Walkman phone, though this time around it’s added with many new features. Here’s our take on the W595 phone as we rip open quite some functionalities of the music device in this comprehensive review.

The W595 phone pretty much stays in line to the Sony Ericsson family. It’s not surprising that the W595 is rather simple looking yet has a certain style of its own. It could find a place in a business user’s pocket as well as that of the ‘not-so adventurous’ lot. Without a doubt, the phone qualifies as a complete music-centric device with some enhanced Web-browsing capabilities.

Moving on to the design of the phone, it has a simple slider form factor with neatly placed buttons and a decent body. The phone offers an easy-to-use slider which is quite unlike the Sony phones. While the phone easily fits in a user’s hands, it is also comfortable to use. There are dedicated music control buttons on the right hand panel of the phone. Overall the Sony Ericsson W595 phone has a rather decent rectangular shape.

Coming to the features of the W595, they are pretty same as other Walkman phones with a few advancements here and there. Speaking of basic functions of the phone, it is bundled with improved messaging capabilities, advanced support for contacts, fully-functional internet browsing ability, instant access to Sony’s PlayNow website and an organizer that includes a file manager, applications, calculator, calendar, tasks, notes, code memo and synchronization feature.

The application list in the this phone is very interesting. It includes Comeks Strips that lets you play around with images, Music Mate 5 which takes advantage of the motion sensing capabilities of the phone and lets you play around with musical instruments and Music Quiz which is actually a music game that compiles music files in the phone and forms a series of questions. Along with instant access to YouTube, the phone also includes a Walk Mate application that allows users to take care of their walk regime.

The Sony Ericsson W595 also includes a distinct flight mode that allows users to use the phone in places where the mobile transmitter needs to be switched off like airplanes, hospitals etc. The phone comes with a host of connectivity options like USB, Bluetooth, network sharing, synchronization and internet. Users can also choose to have the main menu set in four options namely as a grid, a single icon, rotating or from the theme.

Entertainment features of the phone include the new TrackId music recognition service that lets users record a short music clip from the FM or an external source for identification. On passing the music clip over the Internet, users will receive information on the song title, artist and album name of the file. There are also location services like Google Maps and 4 games namely Extreme Air Snowboarding, Guitar Rock Tour, QuadraPop and Racing Fever GT.

Besides the phone also includes 3 innovative applications called VideoDJ, PhotoDJ and MusicDJ. As the name suggests, the 3 applications allowed us to seriously stay entertained as we tried them out. You can edit, videos, photos and even create your own music. The phone also includes a sound recorder and an integrated remote control. You can actually control Bluetooth enabled devices like a Presenter, MediaPlayer and a desktop as the phone functions like a remote control.

Of course the Walkman phone couldn’t possibly come without a dedicated Walkman player. So the phone does have an advanced Walkman 3.0 music player on board. With efficient management of music files, users will certainly enjoy listening to songs on the Walkman player. Some attributes of the player include a play mode, equalizer, visualizations, stereo widening and auto rotate and the SenseMe function. 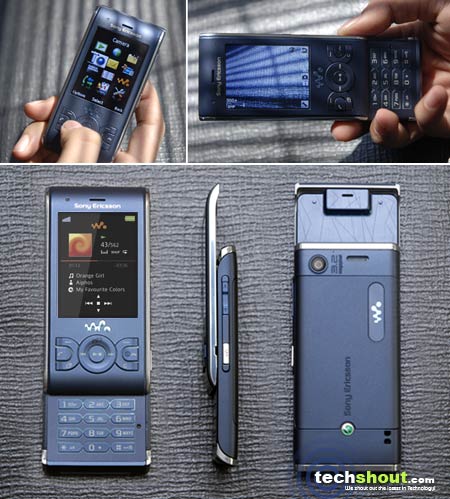 We think the music-dedicated features of the phone are really cool. They can certainly excite music lovers. The Music Mate 5 and MusicDJ applications in particular are very refreshing. With a unique blend of the TrackID and the musical games, users can certainly look forward to a truly musical experience.

The interface of the phone is also really nice. A simple touch of the Walkman button and users will get access to media in the phone or on their memory card through the neat media manager interface.

The integrated accelerometer that rotates pictures horizontally or vertically depending on how you hold the phone is also pretty neat.

The Web-Browsing experience of the W595 Walkman phone is something to really watch out for. The phone wraps in a 3.6Mbps HSDPA connection that offers really quick browsing and downloading. Combined with native applications like YouTube and PlayNow, the web browsing capabilities of the phone are really amazing.

The keypad of the phone we must mention is really comfortable and the slide mechanism too is pretty efficient. Also the tapered edges give the phone a nice look

Also getting around the settings of the phone is effortless. Each setting has been put up in a separate tab that allows users to easily make changes to existing settings in the phone.

The battery back up of the phone is also pretty decent. It offers around 9 hours in talk time and a music listening time of about 25 hours.

A very ‘plain Jane’ phone if we may call its so. The phone does nothing to catch the eye of a stylish mobile user. There’s no styling and the phone is rather simple in terms of architecture. We were definitely expecting something much better this time around from the Walkman line-up.

It’s very surprising that the screen of the W595 phone is rather ordinary. With the many functions the phone is capable of, users will be disappointed to find a very small screen with an ordinary resolution.

The camera of the phone is also pretty standard. We do understand it’s a music-centric phone but we think the company should have at least increased the attributes of the camera. We couldn’t believe that the camera comes minus the auto focus function. Besides, the video quality too is really poor.

Yet another disappointing part of the phone is that comes without a headphone socket. This is pretty common with the Sony Walkman phone line-up, though we were expecting the company to have changed this bit with the W595 phone. But we guess, the phone pretty much plans to stick to its family.

The already low functional camera comes without a lens protection too. So while the phone is sure to satiate a user’s music needs, it will annoy those who love multifunctional phones.

We’d also like to mention the phone’s SenseMe function. Claiming to be an interface that picks songs depending on the user’s mood, it was rather difficult to get the interface started. On trying, the SenseMe interface simply gave out a message no songs chosen for this mood in spite of having all the tracks analyzed with the SenseMe function in the Media Manager software.

Finally, the phone could also disappoint professionals as there is no office document viewer on board.

The Sony Ericsson W595 may excite users who are true music buffs. Also being a dedicated Sony Ericsson fan may help. We think the phone is pretty nice in terms of music functionality however it does not serve other purposes which are a common need of most users today. Overall the phone is a pretty decent multimedia handset, though there are no real innovations either in style or technology. On a scale of 1 to 10, we’d rate the phone 7.

The Sony Ericsson W595 Walkman phone is dressed in four colors of the palette namely Active Blue, Cosmopolitan White, Jungle Grey and Lava Black. The phone is available in India for an approximate price of Rs 15, 495 and should catch the eye of music-enthusiasts.