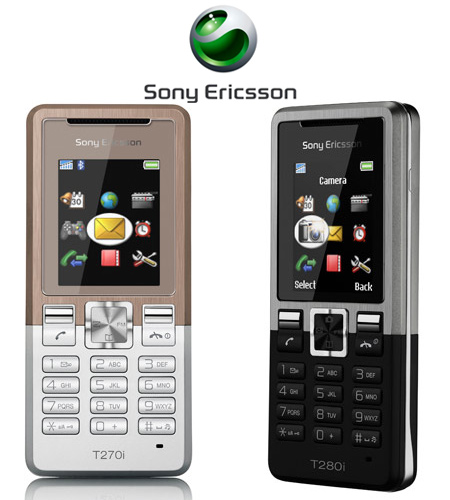 Sony Ericsson has introduced the T270 and T280 mobile phones, which are essentially targeted towards stylish professionals.

Howard Lewis, Vice President and Head of Entry Level products at Sony Ericsson said, “The T270 and T280 build on the appeal of iconic Sony Ericsson phones like the T610. They are good looking and tick all of the right boxes; whether it’s for the business user wanting a compact work phone or the everyday user looking for a classic, stylish camera phone.”

As slim as the T280, along with the FM and Bluetooth features, the T270 additionally also allows users to access key menu functions such as phonebook, calendar or messages with just one touch and use the integrated speakerphone to take a conference call. However, the T270 does not include a camera.

Both the newly launched mobile phones are embellished in the same colors, namely Silver on Black and Copper on Silver. Sony Ericsson’s T270 and T280 are slated to hit shelves across selected markets from the first quarter of 2008.

Apart from the above mentioned new phones, Sony Ericsson has also released the R300 Radio and R306 Radio mobile phones in India.