Sony Ericsson S500 and W850 shows off its New Colors 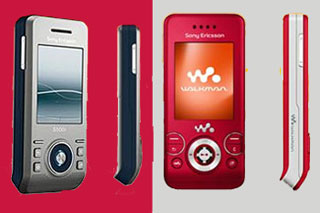 The sleek slider phones from Sony Ericsson chose to go for a makeover and changed their colors for the latest Sony Ericsson S500 and W850 models.

The Sony Ericsson S500 which was available in Mysterious Green and Spring Yellow will now present itself in Velvet Red and the W850 which were available in Precious Black, Golden White painted itself in Steel Silver. The phone’s specification still remains the same and the S500 still boasts about its 2MP camera, Bluetooth, Java, EDGE connectivity and the W850 on the other hand, talks highly about its best music functions 3G connectivity teamed with FM radio with RDS and TrackID music recognition.

Sony Ericsson hasn’t yet made an official announcement about the new colors of the phones, but it seems that with the flashy red color news running wild, the masses would easily notice the change before the announcement.