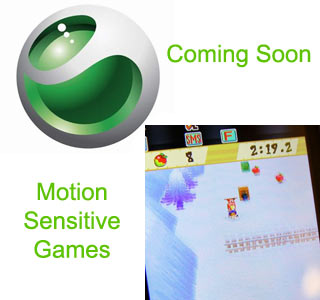 Sony Ericsson users have enjoyed listening to soulful music on their walkman phone and enjoyed the interesting java games on their phone. Now it’s turn for them to welcome Motion-Sensitive games.

As per Pocket-lint website, Sony Ericsson has joined hands with GestureTek for a deal where they will utilize a software engine which uses a mobile phone camera as a motion sensor. This exciting feature will be added on to Sony’s phones, which will pump their popularity furthermore. This unique feature is expected to be added on to the entire range of Sony Ericsson’s camera phones.

The pilot games that will be launched on to the phone will be Crash Bandicoot and Super Monkey Ball, however there is no specific date been mentioned for the release of the games. The launch of such exciting and interactive games will give a push to the Sony Ericsson brand and give it a new gaming image retaining its walkman and stylized image.