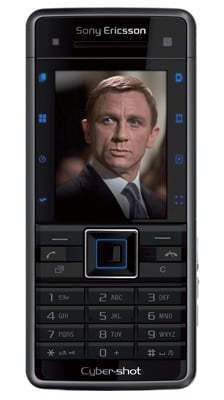 Apart from the usual features, the phone will be packed with full color trailer of the Quantum of Solace film, behind-the-scenes interviews with the actors and exclusive content like wallpapers and screen savers.

James Bond fans will be able to purchase the phone in the India for the price of Rs. 20,995.